What is the Kenyan Shilling (KES) and how does it work in finance management?

The Kenyan Shilling (KES) is the main currency of the Republic of Kenya. It is also used in Kenya, the Sudan, and Somalia, among other countries in Africa. The shilling is subdivided into 100 cents, with each cent representing one penny. Prices often contain the abbreviation KSh, as in "100 KSh" to refer to one hundred shillings, or "100 KSh" to refer to one hundred shillings. KES is the trade symbol for the foreign exchange market (FX). 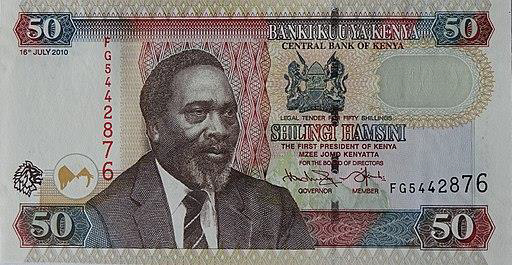 Kenyan Shilling − What You Need to Know

The Kenyan shilling is among the most noted currencies in East Africa, ranking third among the region's major currencies. In reality, it is often used in neighboring countries with less stable currencies, such as Sudan and Somalia, where it is widely accepted.

A Brief Overview of the Kenyan Shilling's History

The Kenyan shilling was originally established in 1966 to replace the East African shilling, which had been in use since independence. It came into dominance after the decline of British from the region from early 1960s. There have been restrictions put up on printing of certain personalities on the currencies.

Monetary department is controlled and managed by the Central Bank whose objective has always been to provide a steady currency and also promote economic development in the region.

The country has witnessed decent growth in its Gross Domestic Product (GDP), that has increased to a respectable value of 5.8% by the year 2016. There has been difficulty for the nation to influence businessmen and organizations to lure them to hold on to the Kenyan Shillings over other assets.

Tourism has been a huge contributor for this growth of the Sub-Saharan nation that has demonstrated stable growth rate as per predictions of World Bank. Due to these reasons the investor confidence in the area and businesses has been boosted and we have seen major investments.

M-Pesa literally translates into Mobile , pesa, (that stands for money or payment in Swahili language) and was introduced as a modern and alternative method to traditional forms of payment in Kenya by the Vodafone group. Safaricom, Kenya's biggest mobile phone provider, introduced M-Pesa in 2007. It is a mobile money transfer service

Its functioning was similar to normal traditional banking system, but this was carried out digitally and the concept of branchless banking service soon became popular with the people of Kenya.