What is the architecture of Asynchronous Transfer Mode?

The architecture of the ATM is shown in the figure below. 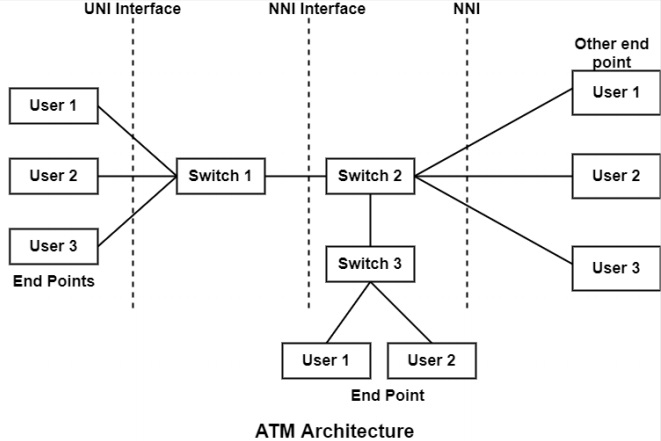 ATM transfers the information through a transmission path which is made up of a logical virtual path and virtual channel. The transmission path consists of the physical cable, which is connected to an ATM switch. The cables have a transfer speed of up to 155 megabits per second on an optical fiber link.

The bandwidth of a logical virtual path is further divided into a separate channel. Each channel is given a virtual channel identifier in the ATM header.

Traffic flow through the Network

A two-tiered addressing design is used with the following elements being contained in the addressing assignments.