What is Elliptic Curve Cryptography?

In 1985, cryptographic algorithms were proposed based on elliptic curves. An elliptic curve is the set of points that satisfy a specific mathematical equation. They are symmetrical. 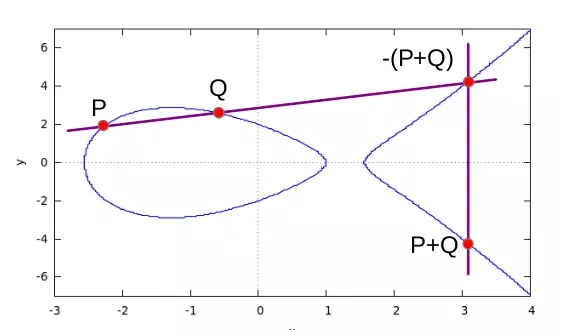