What is a Trolleybus? – Advantages and Disadvantages

What is a Trolleybus? 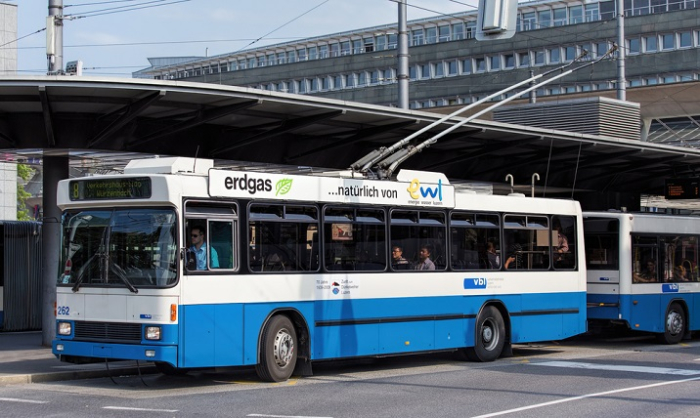 In case of trolleybus, two wires and poles are required to complete the electric circuit. It is fed usually at 600 VDC from the overhead contact wires by means of two collectors. In trolleybus drives, a DC compound motor of output of 50 to 100 kW is usually employed.

The speed control in the trolleybuses is obtained by field weakening method either by providing a resistor in the shunt field or the tapings on series field or diverters with the series field.

In the trolleybus, the foot operated master controllers are used so that driver may have his hands free to steer the vehicle and to apply the handbrakes. Here, one pedal controls the starting and speed control and the second pedal controls the rheostatic and compressed air brakes. In order to avoid damage to the power transmission gear, stabilized rheostatic braking is used. The lighting system used in the trolleybus is the low-voltage DC system which is supplied from a motor-generator set connected in parallel with a battery.

The advantages of trolleybus include the following −

Trolleybuses have the following disadvantages −

Due to the high acceleration and braking retardation, the scheduled speed over a given route will be higher than that of the oil engine bus so that fewer trolleybuses are required for operating a given service. Therefore, trolleybuses are used for the inner suburban areas with medium traffic density.