What is a Non-Adaptive Routing Algorithm?

Non-adaptive algorithm or static routing is independent of the current traffic and topology volume. They determine the route to which a datagram is to send off-line. The route is computed and downloaded to the routers when the network is booted. Thus, routing data is manually specified. It provides fixed-route data to each router. If there is no transform in route, it is created manually. This procedure is also called static routing.

In this technique, a packet is transmitted by the node to one of its neighbours casually. This algorithm is hugely powerful. When the network is hugely associated, this algorithm creates better use of different routes but performed by the least queued connection.

Each incoming packet is transmitted out on each outgoing line in this routing algorithm other than for its arrival. It generates thus a large number of duplicate packets. To decrease this, a counter is used with every packet decremented at every hop and one whose counter cost is zero before destination reach is discarded.

Most of the time, the sender knows the destination's path length, but if it does not see, the counter is initialized by a number equal to the subnet's total diameter. To overcome the issue of flooding, the techniques used are.

Each packet is provided with a sequence number. When a node receives the packet, it views its source and destination number. If the node discovers that it has transmitted a similar packet before, it will not send the packet and eliminate it.

Each packet has a hop count related to it. This is decremented by one by each node that sees it. When the hop count turns to zero, the packet is released.

This packet is transmitted only on this connection leading to the destination by generating a spanning tree finish at the source. This prevents loops in transmission but is feasible only when all the transitional nodes know the network topology. 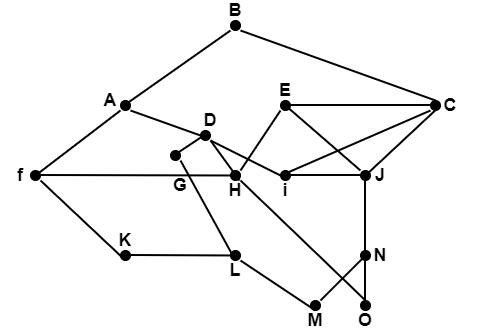 On finding an optimal path, the new routes tree is shown in the figure. These link trees may need not be unique.