What are wireless networks?

Digital wireless communication is not a new idea. Earlier, Morse code implemented the wireless network. Now-a-days, the modern digital systems use wireless systems of the same idea as Morse code as implemented but with better performance.

Wireless Networks are divided into three categories as explained below −

It is all about interconnecting the components of a computer using short-range radio. Some companies together design a short-range wireless network called Bluetooth to connect various components like monitor, keyboard, mouse, printer etc, without wires.

In simplest form, system interconnection networks use the master-slave concept. The system unit is normally the master. The other devices like mouse, keyboard, printer etc are slaves.

These are the systems in which every computer has a radio modem and antenna with the help of these it can communicate with other systems. Wireless LANs usage is increasing in small offices, colleges, Homes where installing Ethernet is considered too much trouble. There is a standard for wireless LANs called IEEE 802.11.

The radio network used for cellular telephones is an example of low-bandwidth wireless WAN. This system has already gone through three generation, as explained below − 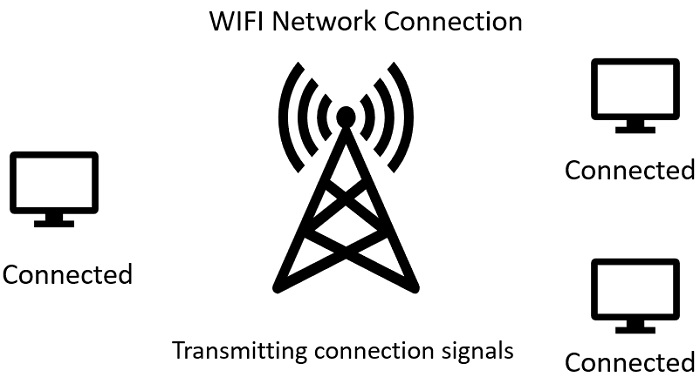