What are the benefits of choosing ASP.NET Core over ASP.NET? 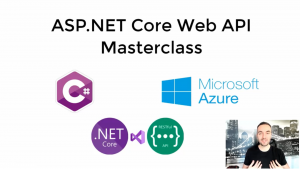 ASP.NET Core is a high-performance, cross-platform, and open-source framework. It allows you to build modern, cloud-enabled, and Internet-connected apps.

With ASP.NET Core, you can:

Along with these significant benefits, Microsoft lists the following benefits on its documentation page.

Choosing ASP.NET Core lets you develop applications using new technologies such as Razor Pages and Blazor, in addition to the traditional Model-View-Controller approach.

However, it doesn't mean you have to switch from the ASP.NET framework right away. Though it's a more desirable choice in many aspects, you don't have to switch if you are happy with your current setup and don't have any pain points. This is especially true if you are maintaining a legacy ASP.NET application that is no longer actively developed. ASP.NET 4.x is a mature framework that provides the services needed to build enterprise-grade, server-based web apps on Windows.

Here are some situations where the older ASP.NET framework is still a better choice.