This experiment aims to determine a prism's the angle of minimum deviation by just plotting a graph between the two angles of incidence and deviation.

There are a few required things, that are mandatory to experiment. They are, a drawing board, a white sheet of paper is mandatory, the whole process is dependent on a prism, so a prism (Gao et al. 2018). Some other instruments will be required for help, such as drawing pins, pencils, half-meter scale, office pins, protractor and lastly graph papers.

The angle through which the emergent ray deviates from a direction of the incident ray, is referred to as the angle of deviation, d. On the other hand the angle of incidence is the angle that is between the impact direction and a solid surface(Gao et al. 2018).

When light travels from one medium to another medium and results in a deviation of the emergent ray from that of the incident ray, the refraction happens. The refractive index of the material that is used in the prism is- 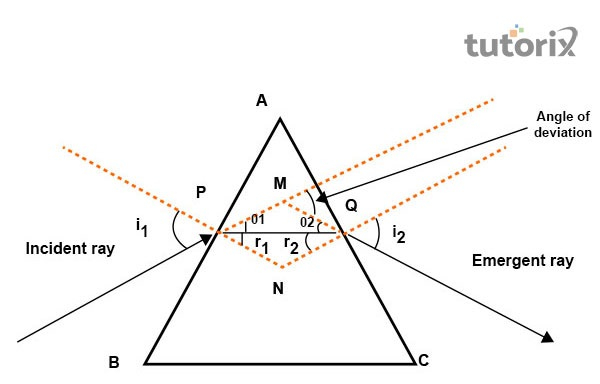 Figure 1: The angle of deviation 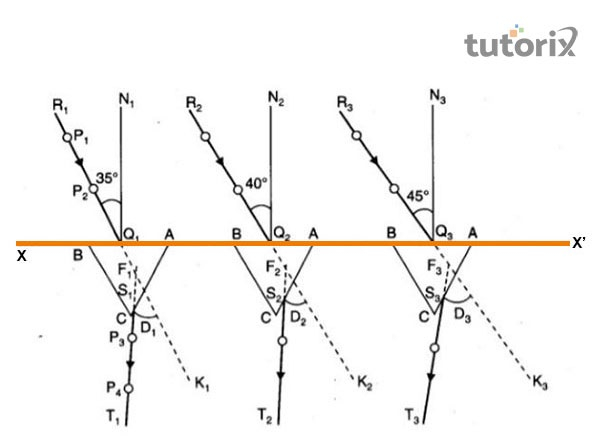 For measuring D in different cases, to get the emergent rays $\mathrm{S_1T_1}$, or more, a line needs to be drawn through $\mathrm{P_4}$ and $\mathrm{P_5}$ (Nwosu & Egesi, 2021). To meet produced incident ray, first produce the $\mathrm{T_1S_1,\: S_2T_2}$ and more. The angle needs to be measured which gives the angle of derivation and the value of the angle should be noted properly (learncbse, 2022). On the other hand, for measuring the A, The angle BAC that is in the boundary of the prism should be measured. The observation needs to be recorded.

Observation from the experiment

A the angle of Prism is equal to, 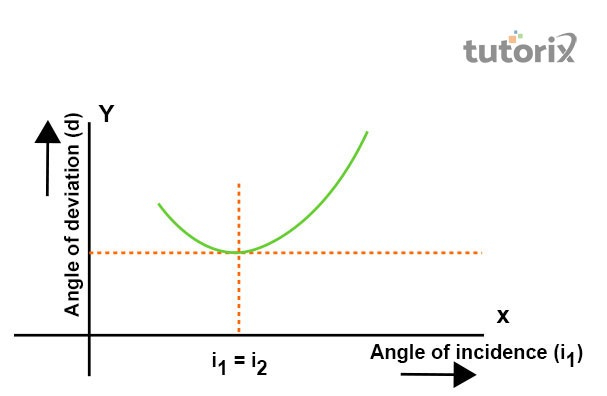 Figure 3: Graph between D and I

The angle of the minimum deviation is -

Then the material of the prism’s Refractive index, that is n, will be

The graph indicated the increment the angle of incidence and then the decrement of the Angle of the deviation to attain the value of $\mathrm{D_m}$, and then lastly it increases as $\mathrm{\angle i}$ increased.

The angle between 35 to 60, is the angle of incidence and needs to be maintained throughout the process. The pins must be placed vertically and the distance needs to be maintained as 10 mm. For the representation of the rays, the arrowhead must be marked. For all the observations, the angle of the prism should be the same. The pricks that are made by the pins can be thick enough and the angles can be measured wrongly.

Q1. What is the angle of Deviation?

Ans. The angle that is situated between the direction of the incident and the emergent ray, is referred to as the angle of Deviation.

Q2. What is the angle of the Incident?

Ans. The angle that is formed in between a ray on a surface and the impact direction, is called the Angle of the incident.