The next phase of cloud dockers and containers

It has been 10 years since the cloud computing revolution has begun in the information and technology sector. It has completely transformed the dimension of the sector, in terms of quality of service delivery and cost of service delivery. During the initial phase of the cloud revolution, it had faced security issues and performance issues. Continuous research on these issues had made the cloud to overcome and brought trust among the clients on the service providers. We are now in the second phase of cloud revolution. As many have started migrating towards the cloud, the demand for providing quality service to the clients has increased. As a result, few new technologies such as Automation, Dockers, Containers had started gaining attention. In the second phase of cloud revolution, these technologies will create a good impact on the quality of service to the users. Let’s explore docker cloud!

Dockers is an open source cloud service which is a one stop solution for the developers to develop, test, run and deploy the code. Dockers will have a common platform, named docker engine which will have the capacity to host any application. But in Virtual Machines, applications will be hosted based upon the operating system environment. 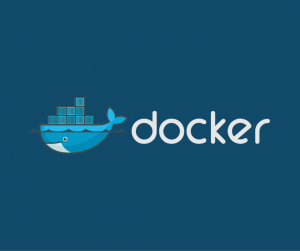 Applications that are being hosted or the components which are being built inside the docker are generally termed as containers. A docker can contain multiple containers, based upon the requirements. Docker Engine can be installed on any platform without any restriction which makes the docker cloud service as platform independent.

Docker Engine can be installed on any platform without any restriction which makes the docker cloud service as platform independent.

On board your Ship!

To start using the docker, docker engine should be downloaded from the docker’s official website. Dockers engine can be installed in Windows, MAC, Any Linux Distribution, AWS and Azure cloud. For installing in the windows, the minimum requirement will be windows 10. To install Docker in the previous version of windows, docker toolbox can be used. Using the docker toolbox, docker can be setup in the local desktop or laptop. Installing in the system which has good configuration will enable good docker experience.

Along with the Docker Engine, one should install kinematic for having the Desktop user interface for the docker engine. These two components will be the basic requirement, rest of the projects associated with the docker will be advanced one.

To connect with the Git-Hub account, the user should provide the Git-Hub details in the cloud setting tab. Repositories can also be connected to the bitbucket account. From the local docker engine, a new image can be pushed to the repo using the following command.

All Service in One Place!

Services is a collection of containers from the same image which will share the same configuration and the same environment. Containers can be added to the docker irrespective of the environment in which the engine is being installed.

User created repositories can also be considered as the service and created as a container for development. Beyond this, we can add multiple containers to the docker based upon the requirement. MongoDB, Tomcat Server, Redshift, WordPress are some of the commonly used containers in the docker cloud.

Once the cloud service providers are integrated, nodes and clusters can be formed on the docker. These nodes and clusters will host the application or codes that are being created in the docker. Using these nodes and clusters, the codes can executed and tested. Beyond these cloud service providers, we can build our own nodes with the help of Linux distributions. ‘Bring your own node’ option will enable the user to create a own node. In the pre-installed Linux distribution, running the following command will enable the user to create nodes.

Opening the Port numbers 2375 and 6783 are essential for creating the own node and clusters.

OpenStack is one of the popular open source clouds which can be integrated with the docker using the OpenStack-Docker Image. OpenStack has multiple open source projects and provides multiple services to the user. Nova is one of the popular service hosted by OpenStack will enable the user to develop, test and deploy the codes. It provides massive scalability for the user, which has made it popular among the developers. Executing the following command in the Linux distribution environment will enable the user to have nova in docker.

Dockers can be considered as complete one stop solution for the student’s final year project. Docker will host all the required application to develop, test and deploy an application. To have the dockers engine on the local machine, minimum of 2GB RAM and 20-40 GB free space will be required for the better docker performance.

Basic knowledge on Infrastructure, Cloud computing, Linux distribution, Windows Knowledge, Linux Commands, PowerShell and Shell Scripting will be mandatory for the easy use of dockers. Along with dockers, Automation would be the next phase of Cloud!!