Races occur in counter-clock wise direction on a 400-meter oval. Generally, two skaters are allowed to run at a time. For every lap, skaters must change their lanes.

The right-of-way is followed by the skater who changes the lane from outside to inside. False starts, impending and inside cutting the track can disqualify a competitor. If the race is missed or the racer falls, they have the option of racing the distance again. Only time is taken into consideration for comparisons. There are no heats or finals in the sport. 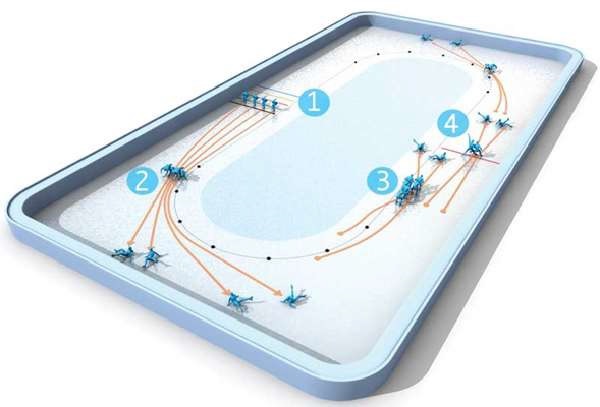 It is not a surprising fact that accidents occur in every sport but the impact varies. During skating, collisions occur and may sometimes result in disasters. But, a pre-planned collision is taken for disqualification and the player knocked down is sent for the next level. For lowering the effect, safety precautions are taken.