Sandy Powell did not belong to a rich family, but her work made her rich and a well-known person in the fashion world. Her mother was a secretary and her father worked at casinos. In early childhood, she learned how to sew dresses for her doll from her mother, and after that she started drawing and making dresses for herself and gaining more interest in how to make beautiful dresses.  Sandy Powell made her life an example for us and made us wonder how to be a self-made successful creator and the world, who is making itself a remake of itself and recycling all things, earth is round but not round, and needs new creations every time. We always like to be unique, love to be new and look different from others, creating something different from others in this recycling world. So, Sandy Powell wanted to make her unique identification in fashion and the film industry, where she had found her passion in life and gave us her one-of-a-kind magnificent costume, and she has been adding feathers to her crown one by one, slowly but consistently. In 1998 “Velvet Goldmine" was a musical drama.

Sandy Powell and her Magical Works

Sandy Powell was born on April 7th, 1960 in London. Sandy Powell went to Sydenham High School and at Saint Martin's School of Art she completed her art foundation course in 1978. She also attended Central School of Art and Design, but she left the school and chose to work as an assistant costume designer at fringe theatre companies and started her working life. For her remarkable services to the film industry, in the 2011 New Year Honours  Sandy Powell was appointed as an Officer of the Order of the British Empire (OBE). She was working for fringe theatre and also had a long-term collaboration with Lindsay Kemp. Sandy Powell collaborated with Lindsay Kemp on twenty-five projects besides her film costume career. She started her work for music video in 1984 but her real life as a costume designer started after when a film director and stage designer Derek Jarman offered her a job as her costume designer on his film Caravaggio (1986), which starring Tilda Swinton and Sean Bean. 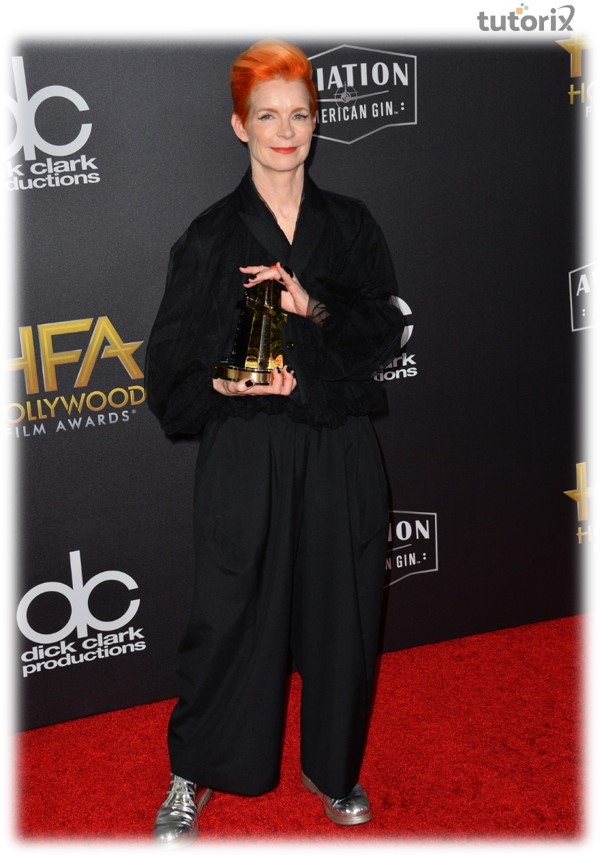 Sandy Powell has gained 76 award nominations and won 27 awards in her career, including a BAFTA Award for Velvet Goldmine in 1998, and both an Academy Award and a BAFTA Award for The Young Victoria in 2010.Academy Awards for Shakespeare in Love in 1998 and The Aviator in 2004, and many more. Sandy Powell gained dual nominations at the 71st Academy Awards for her two 1998 films, Velvet Goldmine and Shakespeare in Love .In her honour, Bill Desowitz said  "I worked with a number of big designers before Sandy, but my relationship with her flipped a switch in my design toolbox because she is so fearless," said Peterson. "Whether it’s men, women, contemporary, period, she’s a master."

Sandy Powell is an inspirational person for all nobodies and an example also. We have to try and try until we succeed, and we have one life to do it, because the world wants to see new creations. We will have to work on it. We have to beat all unfavourable things. Time is precious, no one can buy it. According to Leo Tolstoy, the right time is now to work, right person is who I am with, and writing an affair is what I am doing towards that person. Sandy Powell used her time very well and taught us the use of talent and the power of creation. Thus, I have very briefly described Sandy Powell’s life and her passion for life for you.