The architecture of SaltStack is designed to work with any number of servers, from local network systems to other deployments across different data centers. Architecture is a simple server/client model with the needed functionality built into a single set of daemons.

Take a look at the following illustration. It shows the different components of SaltStack architecture. 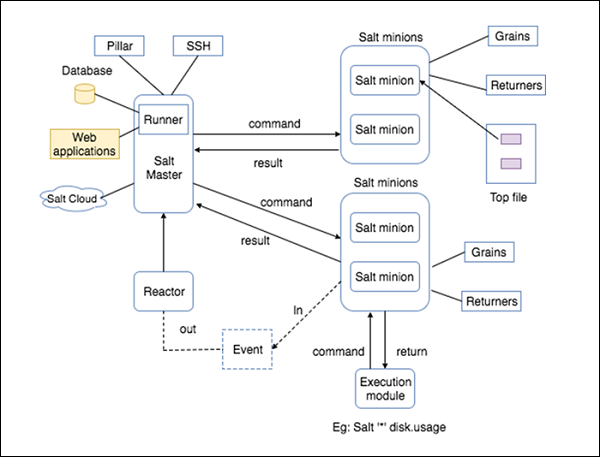 In the next chapter, we will learn in detail about the various competitors of SaltStack and their features.