Johannes Rydberg, a Swedish physicist introduces the Rydberg formula which represents the fundamental constant of the atomic physic. It describes the frequencies or wavelengths of light in different series which is related to the spectral line. Especially it emphasizes those which are emitted by hydrogen atoms from the Balmer series. The standard of this constant is generally founded on a premise. A nucleus of an atom generally emits light which is extremely massive in comparison to the electron which is single orbiting. The certain value of Rydberg constant is 10,973,731.56816 per meter.

Rydberg Constant and its explanation

Rydberg formula refers to the mathematical formula that is used to forecast the wavelength of the light which is generated from the moving electron which moves between the energy levels of a certain atom. The energy of electron changes during its shift in position from one orbital to another (Stávek, 2021). When a certain electron changes its present orbital from high energy to a low energy state, in that time photon of light is generated. In the same way, when an electron moves from the high energy condition to a low energy state then a photon of light is usually observed by an atom. 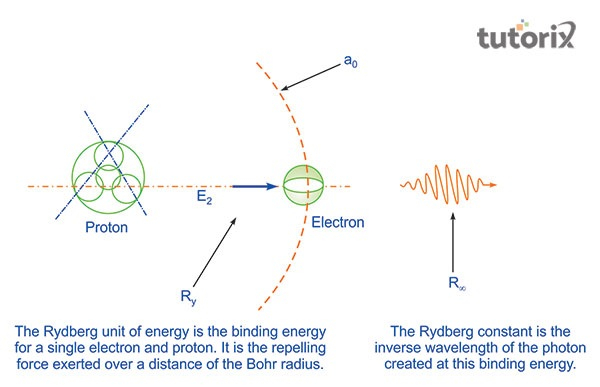 Each component holds a different spectral fingerprint. When the gaseous state of a particular element is heated then, it will desert the light. When the light passes through a particular prism, the bright lines of the different colors are noticed (Beyer et al. 2017). Each component is lightly different from the other (Yarman et al. 2018). This exploitation was the starting of the study named spectroscopy. $\mathrm{R_H}$ or $\mathrm{R \infty}$ indicates Rydberg constant, it is the wave number that is related to the atomic spectrum of every element.

Rydberg Constant and its significance

In the field of atomic physic, the Rydberg constant holds high significance. Thus is connected to the fundamental atomic constant that is e, h, c, and me. The series of atoms from the Balmer line can be explained by this equation.

Rydberg is generally used as unit of energy.

The dimensional formula of the Rydberg constant can be described as mathematical formula that explains the wavelength of light that is emitted by a specific electron which moves the energy levels within the atom (Ramos, Moore & Raithel, 2017). The formula is mentioned below-

In the classical approach, Rydberg constant derives from the fine structure constant and electron radius. The Rydberg constant particularly in the wave format which is transverse from the wavelength equation. Wave format is founded on K = 10 (that is 10 wave centers). This is used in the calculation of hydrogen. Consider hydrogen spectrum where an atom has energy E, which indicates a summation of kinetic energy (k), P is the energy of a moving electron.

Rydberg constant of the Hydrogen atom 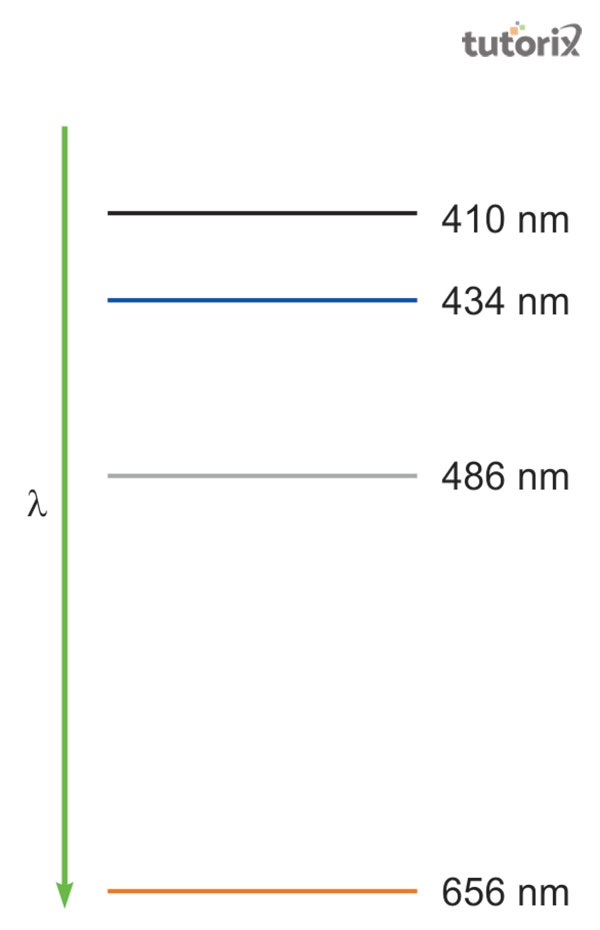 The above figure highlights that the hydrogen atom emits four different types of wavelength within the visible light region namely at 410 nm, 434nm, 486nm, and 656 nm. The wavelength of the light goes on increasing in the downward direction. According to Shaffer (2020), discrete lines of the atom spectrum determine the light wavelength with which it is made up of. In the particular case of Hydrogen atom, it forms a discrete line within visible light regions that follows a particular pattern. Spacing between the line spectra of hydrogen atoms decreases at regular intervals and is known as the Balmer series of a hydrogen atom. However, in 1885, it was shown by Balmer that hydrogen spectra within the visible region possess wavelengths that specifically follow the Rydberg equation. 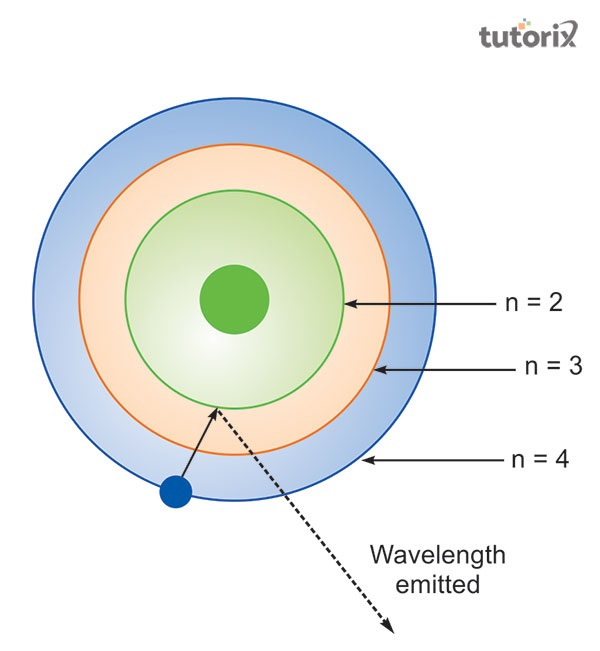 Figure 4: Emission of wavelength when H atom shifts to another energy level

In the ground of spectroscopy, Rydberg constant is refers to the electromagnetic spectra of a particular atom. It has been one of the essential constants of atomic physic as it builds the connection with elementary atomic constants (h, e, c, me) due to the high accuracy by which it could be determined.

Q2. What is the importance of Rydberg constant?

Q3. On which factor the value of Rydberg constant is founded?

Ans. Value of Rydberg constant is founded on a particular fact which indicated that a nucleus of a particular atom which emits light and it is extremely more enormous than a single orbiting electron.

Q4. What is the Balmer series?

Ans. Balmer series of the atomic physic refers to the set of 6 names series taught describes spectral line emission of a hydrogen atom. The Balmer formula is used to calculate the Balmer series.