Let us understand the different ways to assess performance in this chapter.

Performance management is forward looking. It focuses on planning for the future rather than dwelling on the past. But it necessarily includes some form of assessment of what has been achieved to provide the basis for performance agreements and development plans, forecasts of potential and career plans.

In addition, a performance management process commonly, but not inevitably, incorporates a rating or other means of summing up performance to encapsulate views about the level of performance reached and, if required, inform performance-or contribution-related pay decisions.

Assessments require the ability to judge performance, and good judgment is a matter of using clear standards, considering only relevant evidence, combining probabilities in their correct weight and avoiding projection.

Most managers think they are good judges of people

Different managers will assess the same people very differently unless, with difficulty, a successful attempt to moderate their views is made. This is because managers assessing the same people will tend to assess them against different standards. Managers may jump to conclusions or make snap judgments if they are just required to appraise and rate people rather than to conduct a proper analysis of performance.

The halo or horns effect can apply when the manager is aware of some prominent or recent example of good or poor performance and assumes from this that all aspects of the individual’s performance are good or bad.

Is it simply what people produce – their output? Or is it how they produce it – their behavior? Or is it both? It is, in fact, both, but not everyone recognizes that, and this results in suspect assessments.

To overcome these problems, it is necessary to −

A narrative assessment is simply a written summary of views about the level of performance achieved. This at least ensures that managers have to collect their thoughts together and put them down on paper. But different people will consider different aspects of performance and there will be no consistency in the criteria used for assessment.

Traditionally this was a top-down process – managers in effect told their staff what they thought about them or, worse still, recorded their judgments without informing their staff. This autocratic approach may be modified by giving individuals the opportunity to comment on their managers’ judgments. Or, better still, the summary could be jointly prepared and agreed. 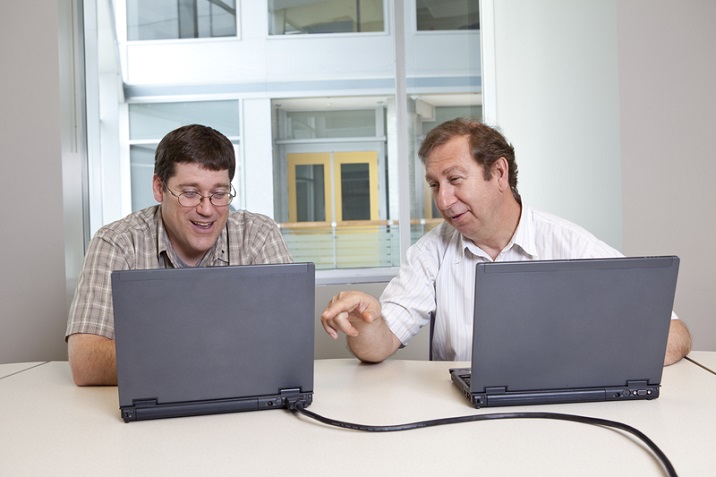 The danger is that managers will tend to produce bland, generalized and meaningless assessments that provide little or no guidance on any action required. A few suggested careful thought and a conscientious effort to say something meaningful, but the vast majorities were remarkable for their neutrality.

Typical of such statements was a loyal, conscientious and hard-working employee. Such a statement may well have been true but it is not very revealing. Two ways have been used to alleviate this problem. The first traditional method was to issue guidelines that set out the points to be covered.

The guidelines asked managers to comment on a number of defined characteristics, for example industry and application, loyalty and integrity, cooperation, accuracy and reliability, knowledge of work and use of initiative.

When assessing a characteristic such as industry and application, managers might have been asked to: ‘Consider the individual’s application to work and the enthusiasm with which tasks were undertaken.’ In practice, however, guidelines of this type were so vague that comments were uninformative. This approach is now therefore largely discredited although it lingers on in some old-established schemes.

The second method is to ask for comments on the extent to which agreed objectives have been achieved, to which may be added comments on behavior against competency framework headings. At least this is related to standards against which judgments are made but the efficacy of doing it is questionable.

The only reason for including a narrative assessment is to point the way to future action, and this will not be achieved by simply putting a few comments down on paper. It is better to provide for action plans to emerge from the systematic analysis of performance in terms of outcomes and behavior that should take place during the course of a review meeting.

An alternative approach to rating is to use a visual method of assessment.

This takes the form of an agreement between the manager and the individual on where the latter should be placed on a matrix or grid, as illustrated in the following figure.

This is presented visually and as such provides a better basis for analysis and discussion than a mechanistic rating. The assessment of contribution refers both to outputs, and to behaviors, attitudes and overall approach. 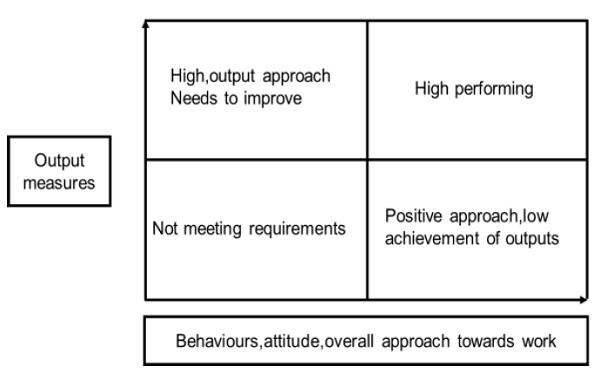 The review guidelines accompanying this matrix are as follows −

You and your manager need to agree for an overall assessment. This will be recorded in the summary page at the beginning of the review document. The aim is to get a balanced assessment of your contribution through the year. The assessment will take account of how you have performed against the responsibilities of your role as described in the Role Profile; objectives achieved and competency development over the course of the year. The assessment will become relevant for pay increases in the future.

The grid on the annual performance review summary is meant to provide a visual snapshot of your overall contribution. This replaces a more conventional rating scale approach. It reflects the fact that your contribution is determined not just by results, but also by your overall approach towards your work and how you behave towards colleagues and customers.

Together these represent ‘outputs’. The assessment against the horizontal axis will be based on an overall assessment of your performance against the competency level definitions for the role.

Note that someone who is new in the role may be placed in one of the lower quadrants but this should not be treated as an indication of development needs and not as a reflection on the individual’s performance.

A similar ‘matrix’ approach has been adopted by Halifax BOS. It is used for management appraisals to illustrate their performance against peers. It is not an ‘appraisal rating’ – the purpose of the matrix is to help individuals focus on what they are well at and also on any areas for improvement.

Two dimensions – business performance and behavior (management style) – are reviewed on the matrix, as illustrated in the following, to ensure a rounder discussion of overall contribution against the full role demands rather than a short-term focus on current results. 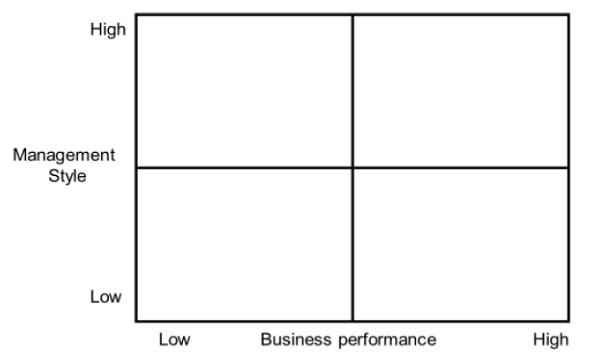