The approach of identifying pathways in the control flow graph that give a foundation set of execution paths through the program or module is known as basis path testing.

Because this testing is dependent on the program's control structure, it necessitates a thorough understanding of the program's structure. Four stages are followed to create test cases using this technique − 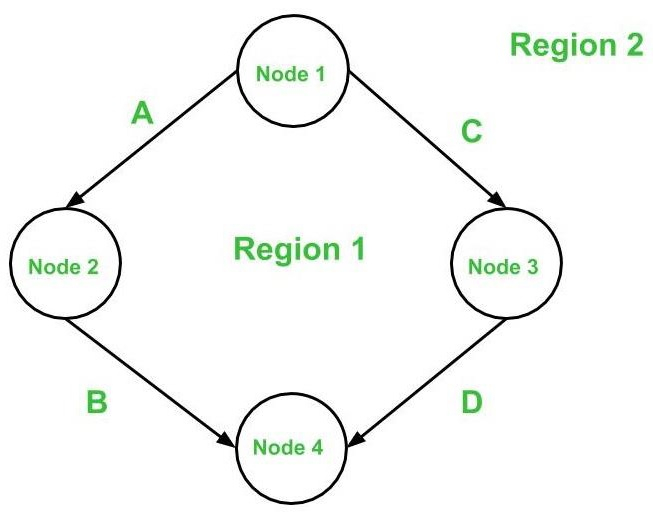 Below are the notations utilized while constructing a flow graph − 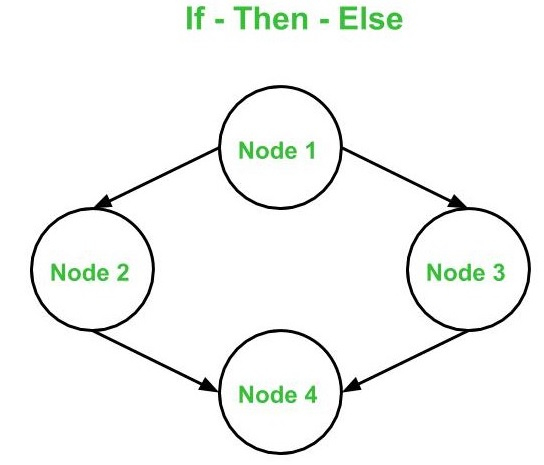 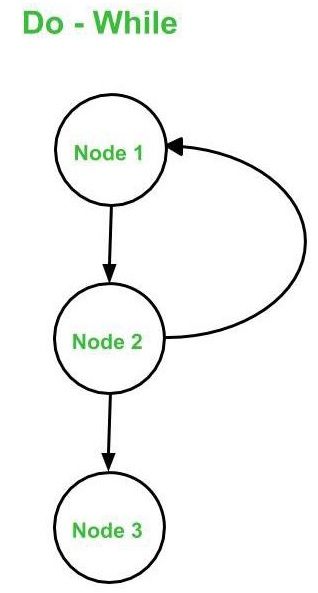 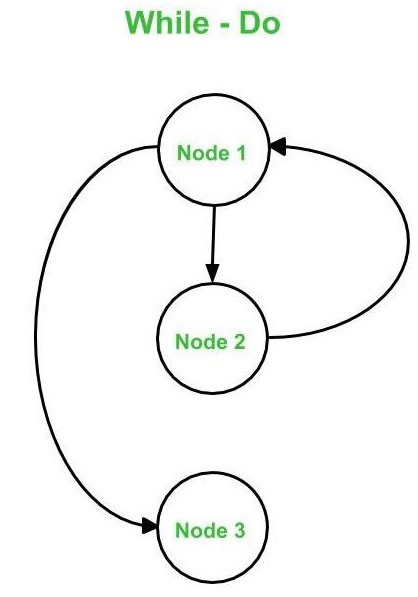 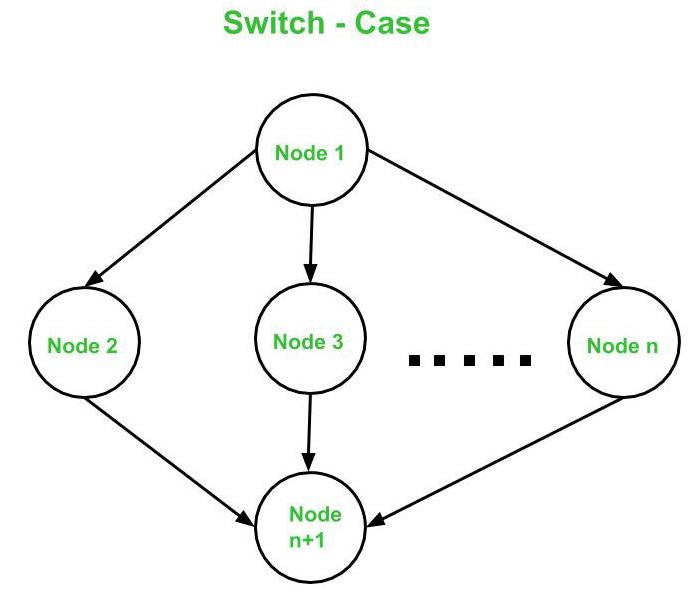 The cyclomatic complexity V(G) is said to be a metric for a program's logical complexity. Three distinct formulas can be used to compute it −

The following is a formula based on Decision Nodes −

The following is a formula based on regions −

The number of arrows leaving the decision node is given by k.

In the control flow graph, an independent path is one that introduces at least one new edge that has not been traversed before the path is created. The cyclomatic complexity of a flow graph is the number of independent pathways present. This is because the cyclomatic complexity is used as an upper limit for the number of tests that should be run to ensure that all of the program's statements have been run at least once.

So, in the above-mentioned first graph, the independent pathways are −

Note − It's worth noting that independent paths aren't necessarily unique. In other words, if the cyclomatic complexity of a graph is N, there is a chance of finding two distinct sets of pathways, each of which is independent in nature.

Finally, once the separate paths have been obtained, test cases can be constructed, with each test case representing one or more independent paths.

In the previous post, we looked at the stages involved in creating test cases for a program utilizing base path testing. Let's now solve an example using the same steps.

Step 1 − After declaring the variables, begin numbering the statements (if no variables have been initialized in that statement). If a variable is initialized and declared on the same line, however, the numbering should begin on that line.

This is how numbering will be done for the supplied program −

Step 2 − Combine all of the sequential statements into one node. Statements 1, 2, and 3 are, for example, all consecutive statements that should be concatenated into a single node. For the rest of the statements, we'll use the notations described here. 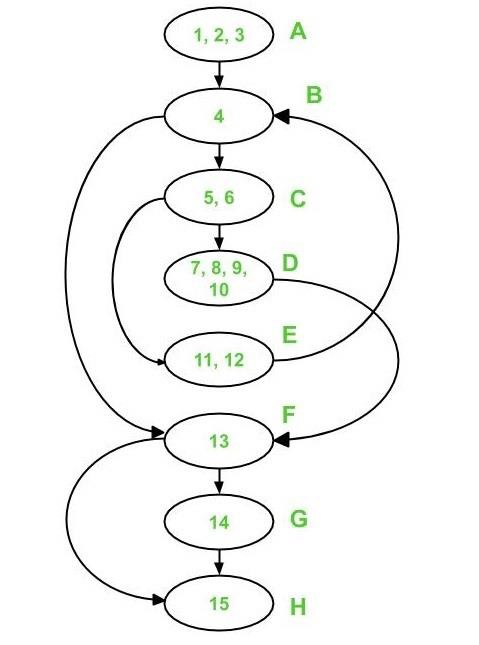 Calculate the cyclomatic complexity by using the following formula −

In the control flow diagram above,

In the control flow diagram above,

There are four zones in the aforementioned control flow graph, as indicated below − 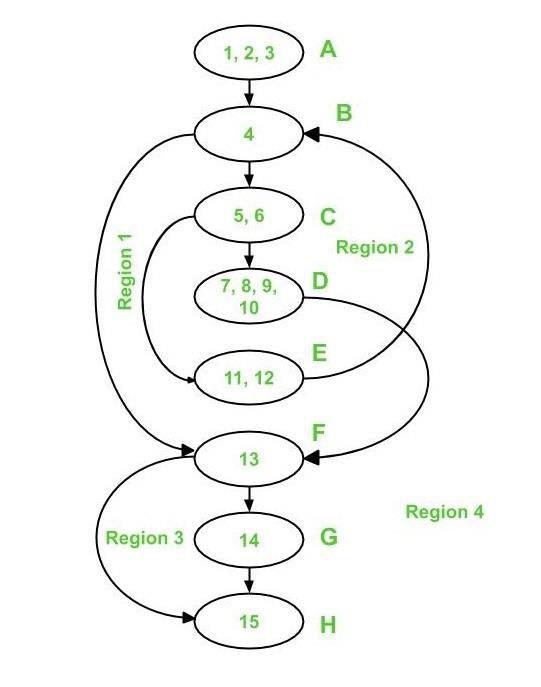 It's worth noting that all three ways get the same cyclomatic complexity V value (G).

Because the cyclomatic complexity V(G) for the graph is 4, there are 4 independent paths. 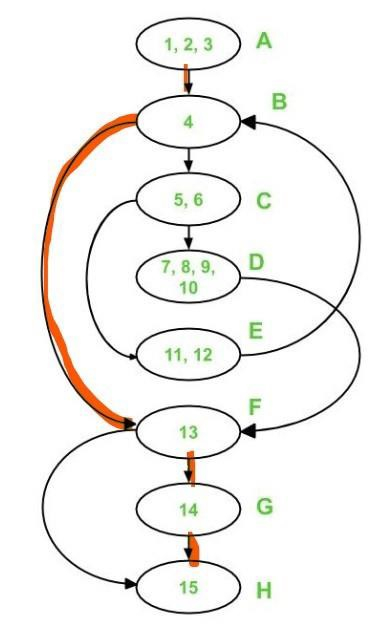 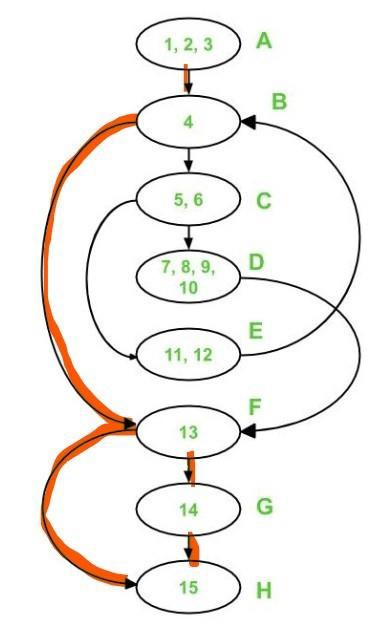 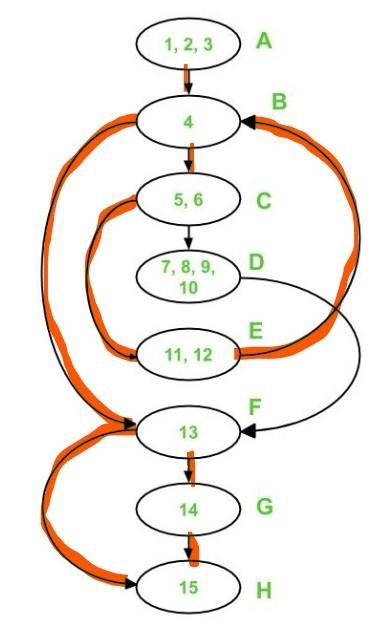 Only two edges remain uncovered, namely edge C-D and edge D-F. As a result, these two edges must be included in Path 4. 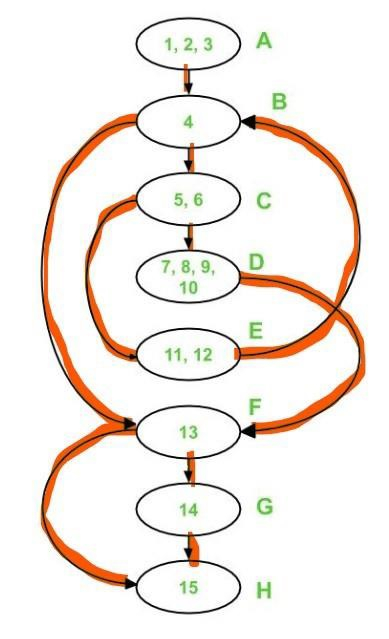 Each of these pathways has at least one new edge that has never been crossed previously.

The following test cases will be obtained for the supplied program −

Basis Path Testing is useful in the following situations −

When a developer produces code, the first thing he or she does is test the program's or module's structure. As a result, base path testing necessitates a thorough understanding of the code's structure.