You may have got the chance to experience one of the amazing headsets powered with awesome technologies as Augmented Reality (AR) or Virtual Reality (VR) and fallen in love with them. And that must be a wonderful experience when you enjoy a roller coaster ride or swimming in a deep sea in the virtual world still sitting on your couch in your living room with a VR or AR headset. Isn’t it amazing, when you think that how much the technologies evolved so far? It is not so long back when these headsets were only used for listening songs or talking to others. 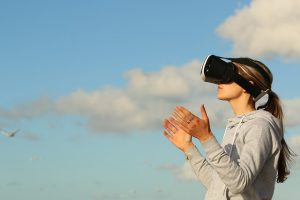 The AR and VR headsets are certainly a marvelous technology revolution in the field of entertainment. But that does not stop there; another revolution is on the way. If everything goes as planned, then you will soon have to experience a more improved and amazing technology with Windows Mixed Reality headsets. Yes, the technology giant Microsoft is going to launch its Mixed Reality Headsets to the market soon.

What is Microsoft’s Mixed Reality

At Microsoft Build 2017, the company executives have provided some insight into their upcoming Mixed Reality Headsets. The idea behind this ambitious project is that it will be a combination of both the Augmented Reality (AR) and Virtual Reality (VR) which will work on across the virtual and actual world. At the Build conference, they showcased a demo to the selected people of Developers and Journalists. Later, what came out from there that, the mixed reality was a collaborative experience of both Microsft’s Hololens and Acer’s Virtual Reality Headsets in more enhanced and interesting ways. 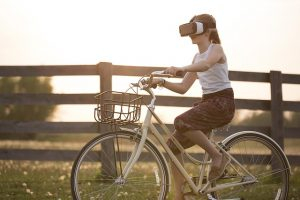 Let’s have a look into some of the awesome features of these Mixed Reality Headsets.

For App developers, it requires Windows 10 operating system, Intel Desktop i7 (6+ Core) OR AMD Ryzen 7 1700 (8-Core, 16 threads) processor, NVIDIA GTX 980/1060 or AMD Radeon RX 480 (8GB) equivalent or greater Graphics GPU, 16 GB of RAM, more than 10GB of additional free space, and other details which can find out at the official specification

How to Grab One 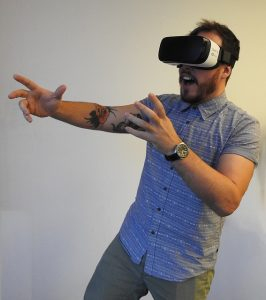 The product is not yet ready for the normal user, but you can pre-order it at the Microsoft’s store. The expected release date as per the official site is in this year August 2017. You just need to place the order now with your valid credit or debit card. They won’t charge your card now until they shipped your headset to your given address. So, if you are really interested in getting one of these amazing headsets when it is available in the market, and to keep yourself in the group of first few fortunate users then, go ahead and place your order. But just ensure that you really need it, that’s because it is a non-refundable transaction, though free returns policy is there.

Let’s have a look at some of the exciting headsets under the umbrella of Microsoft which are going to share the market space soon with other such headsets.

The developer edition of this product is currently available across the Microsoft’s stores which cost a whopping $3000. The company claimed that it is the first fully self-contained, holographic computer, enabling you to interact with high‑definition holograms in your world.

This amazing headset will be released to the normal user by August 2017, but the HP Mixed Reality Developer Edition Headset is currently available for the developers only at the cost of $329. Looking for your comfort, this headset uses a double-padded headband, easy adjustment knob, and front-hinged display for a superb experience even after hours of testing.

This awesome headset has two high-resolution liquid crystal displays at 1440 x 1440, 2.89” diagonal display size (x2) and Front hinged display for an amazing experience. Also, it has 95 degrees horizontal field of view with display refresh rate up to 90 Hz (native). The built-in audio out and microphone support through 3.5mm jack can enhance the overall experience.

You can buy this amazing headset now from any of the Microsoft’s store both online and physical stores at the cost of $799. This is a VR headset with precise motion tracking having the adjustable strap for your comfort.

This wonderful headset is powered by Steam VR with over 1000 games, you can find all most all the Steam VR games. Another interesting feature of this headset is it can save you from dashing with wall or furniture while playing the game putting your headset on your head. The VIVE’s Chaperone system lets you know when you are close to the walls or furniture. The front-facing camera allows you to see the real world without removing the headset.

Finally, the upcoming Mixed Reality Headset may provide you an ultimate experience in the field of entertainment. The amazing technology can allow you to experience the mixing of both the virtual and real world where you can feel the real thrilling of various games and apps. Though, the costs of these headsets are not affordable to all for the time being, but, as the technologies keep on evolving days by days, the days are not far when anyone can afford these amazing headsets at will.