An independent path is that path which has at least one edge that has not been yet traversed in any other path. In 1976, Thomas J. McCabe developed the cyclomatic complexity. Cyclomatic complexity was based on the control flow representation of the software program. The control flow represents a software program in the form of a graph, that comprises of nodes and edges. 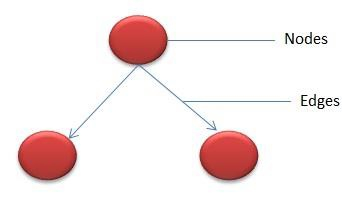 Flow graph notation defines the nodes that are connected through the edges. Following are the flow diagrams for if-else, while statements and normal sequence of flow. 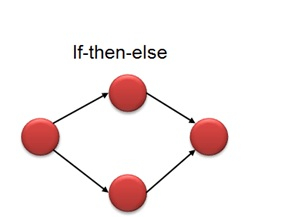 How to calculate Cyclomatic Complexity

Mathematical representation − Cyclomatic complexity is a set of independent paths through the graph diagram. It is represented through the formula −

How is Cyclomatic Complexity useful for software testing?

After the basic set has been formed, the test cases must be written to implement each path.

V(G) − Cyclomatic complexity can also be manually calculated provided that the software program is small. Automated tool, that are required to if the program is too complex, because it involves more flow graphs. On the basis of the complexity number, the project team decide upon the actions that need to be implemented for measure.

There are many tools available in the global market, that are used to determine the complexity of the software product or application. Some tools are used for certain technologies. Complexity can be determined by the number of decision points in the software program. For example, if, for, for-each, while, do, catch, case statements in a source code.

Some of the tools for calculating cyclomatic complexity are −

This is a static code analysis tool used to improve the quality of the software product and also to reduce the defects by investigating the C, C++, Objective-C code, and by finding out possible problems like −

With OClint, we can automate the inspection process with advanced features −

This tool is used to analyse the loading speed of pages and their performance. It provides scores for our pages and Pagespeed along with WiSlow. It is an open-source tool, used to get detailed reports about the site performance. It also provides recommendations for improving the scores of the web pages. It also helps us run analytics from the WordPress.

It also helps us schedule daily, weekly, or monthly reports. It also notifies us about the status of the website from a WordPress admin. First, we need to create a GTMetrix account. The account is free for a limited time and to some number of requests per day.

This tool is used for code metric for .NET assemblies.

Use of Cyclomatic Complexity