Developers across the world have always encountered problems in querying data because of the lack of a defined path and need to master a multiple of technologies like SQL, Web Services, XQuery, etc.

Introduced in Visual Studio 2008 and designed by Anders Hejlsberg, LINQ (Language Integrated Query) allows writing queries even without the knowledge of query languages like SQL, XML etc. LINQ queries can be written for diverse data types.

Example of a LINQ query

When the above code of C# or VB is compiled and executed, it produces the following result −

There are two syntaxes of LINQ. These are the following ones.

The types of LINQ are mentioned below in brief.

Apart from the above, there is also a LINQ type named PLINQ which is Microsoft’s parallel LINQ. 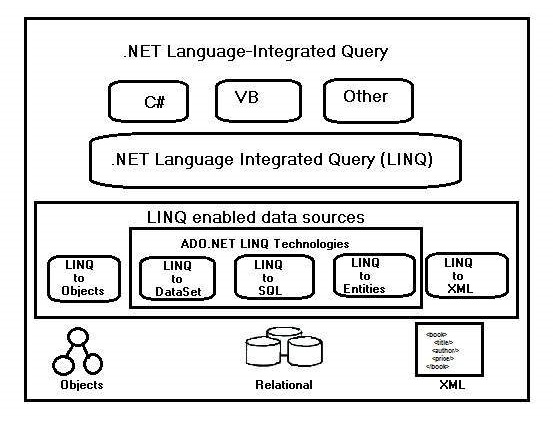 Query expression is nothing but a LINQ query, expressed in a form similar to that of SQL with query operators like Select, Where and OrderBy. Query expressions usually start with the keyword "From".

To access standard LINQ query operators, the namespace System.Query should be imported by default. These expressions are written within a declarative query syntax which was C# 3.0.

Below is an example to show a complete query operation which consists of data source creation, query expression definition and query execution.

Introduced with .NET 3.5, Extension methods are declared in static classes only and allow inclusion of custom methods to objects to perform some precise query operations to extend a class without being an actual member of that class. These can be overloaded also.

In a nutshell, extension methods are used to translate query expressions into traditional method calls (object-oriented).

Difference between LINQ and Stored Procedure

There is an array of differences existing between LINQ and Stored procedures. These differences are mentioned below.

Prior to LINQ, it was essential to learn C#, SQL, and various APIs that bind together the both to form a complete application. Since, these data sources and programming languages face an impedance mismatch; a need of short coding is felt.

Below is an example of how many diverse techniques were used by the developers while querying a data before the advent of LINQ.

Interestingly, out of the featured code lines, query gets defined only by the last two. Using LINQ, the same data query can be written in a readable color-coded form like the following one mentioned below that too in a very less time.

LINQ offers a host of advantages and among them the foremost is its powerful expressiveness which enables developers to express declaratively. Some of the other advantages of LINQ are given below. 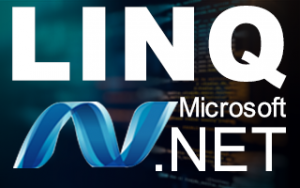 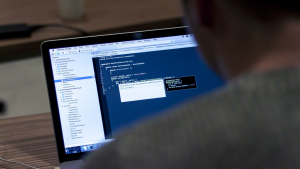