KOF Economic Barometer – What is it, Calculation and How Does It Work?

This tool is used to calculate a complex structure as this tool has combinations of over 500 indicators in various stages giving investors good reading. KOF Swiss Economic Institute publishes it on a monthly schedule.

KOF Economic Barometer – How is it calculated?

There are two stages in the calculation of the KOF Economic Barometer to obtain the result and produce useful information on the direction of growth in the Swiss economy's gross domestic product (GDP).

Before beginning the process of compiling the KOF Economic Barometer, it is necessary to first identify the main factors that are directly linked to the Swiss economy and GDP development. The system would then automate a list of 500 variables from the given list. 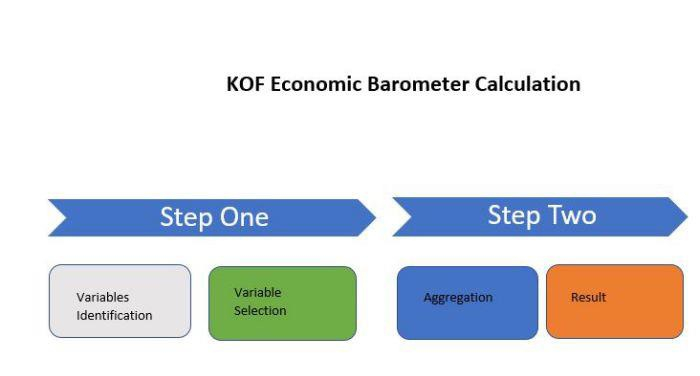 The second step involves the use of principal component analysis to combine the variables that have been selected to form a composite indicator. This barometer is created by extracting the first principle component of a selected panel of variables in order to capture the co-movement in the data, which should reflect the Swiss business cycle, and combining it with the other principal components.

For more than 40 years, the KOF Swiss Economic Institute has been printing the KOF Economic Barometer. A shift in policy occurred in 1998 and again in 2006. The latest changes were made as late as in 2014.

The latest revisions have seen more than 200 variables included in the second stage that was published in the year 2014 model. The inclusion of more variables provided more indicator elements for study and research for investors to analyze the financial market of Swiss Economy. These indicators would provide a much clearer picture of the economic conditions and help investors make informed decisions.

Previous versions of the KOF Economic Barometer included six to twenty-five variables based on data from the Swiss Federal Statistical Office, which was replaced by more recent versions.