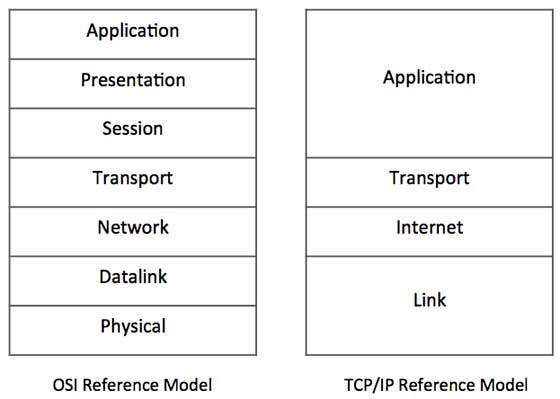 This model is indifferent to the actual hardware implementation, i.e. the physical layer of OSI Model. This is why this model can be implemented on almost all underlying technologies. Transport and Internet layers correspond to the same peer layers. All three top layers of OSI Model are compressed together in single Application layer of TCP/IP Model.

Internet Protocol is one of the major protocols in the TCP/IP protocols suite. This protocol works at the network layer of the OSI model and at the Internet layer of the TCP/IP model. Thus this protocol has the responsibility of identifying hosts based upon their logical addresses and to route data among them over the underlying network.

IP provides a mechanism to uniquely identify hosts by an IP addressing scheme. IP uses best effort delivery, i.e. it does not guarantee that packets would be delivered to the destined host, but it will do its best to reach the destination. Internet Protocol version 4 uses 32-bit logical address.