In the future, will it be possible for robots to develop feelings?

Robotics is the fast emerging technology today. Robots are being designed to be used for various activities from daily domestic chores to military operations. These Robots are designed based on the idea of Artificial Intelligence. 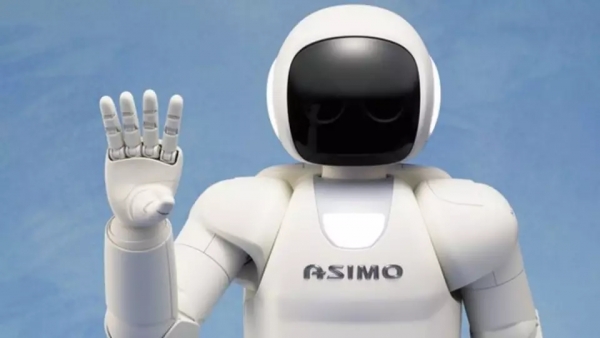 What is Artificial Intelligence?

A machine is initially developed to take instructions from the user and process it according to a pre-designed program and give the output. Whereas if this machine can do something more extraordinary, other than simply taking the instructions and matching with previously fed data, that would be great. Such a thought is the basis for Artificial Intelligence. This can be understood as the Intelligence displayed by a Machine, to do something that has not been done yet. A Scientist called Alan Turing has developed a test in 1950, to calculate the machine’s ability to exhibit intelligent behavior, which is almost equal to human intelligence. With this Turing test, the scientists have been making many advancements, since all these years of which we are witnessing today. Many machines have truly become “intelligent” like using sensors, in many fields such as Computer Science, education, finance, communication, medicine etc.

Well, in a meeting recently held at California Polytechnic State University, the scientists stated that Robots are now designed to exhibit emotions without actually having any emotions. These Robots are recently being used for caring the heart stroke victims, showing care towards children suffering from Autism etc. Robots used for such special cases, use soothing words, by expressing a feeling that the patient’s problem was well understood and will reassure the patient that everything is going to be alright, by spreading some positive vibes.

The basic robot designed for understanding the human emotions and respond accordingly is the Japanese store robot called “Pepper” which can respond to happiness, sadness, joy, and anger. As this is for sale, some countries are interested in buying this product. But studies and experiments are being made to develop this condition and hence we may witness the Robots with feelings soon in the near future.