There is an old adage in early education teaching that for the first 5-6 years students learn to read, for their reminder in school they read to learn. The realities are true in comparing the illiterate to the computer illiterate, since they stem from two different sets of problems. The illiterate would not be able to function or learn at the same capacity as someone who is already educated and just needs to learn about how the computer itself works. 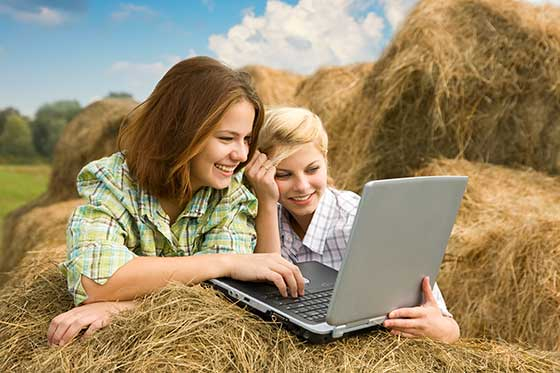 Illiteracy in this country and around the world

Illiteracy based on the last government statistic pegged 32 million individuals unable to perform the basic reading abilities. If you are unable to read it is very unlikely that you would have the capacity to learn and operate a computer. Globally this statistic widens to 774 million people, it was surprising to learn that nearly 10% of the entire global population are illiterate.

This is however an improving statistic that shows overall people are becoming more illiterate comparatively since prior generations. This improvement speaks hurdles for the countries who are investing massive amounts of money to ensure that children aren’t being left behind. Reading is a fundamental skill that once mastered will provide more economic benefit to a nation than any other government incentive program.

How to identify the problem of Illiteracy?

The simple answer is to encourage teaching children to read, however teaching someone to read and understand what they are reading are entirely different matters of complexity. Teacher’s today still use the same methods from the past that have the students write summaries or do an analysis on the writing style. This doesn’t encourage the student to think and relate with the story but forces the student to focus on strengthening a memorization skill versus analyzing the story and writing objectively about that subject.

This has been shown to produce students that have the ability to read or write however the next fundamental flaw in their education starts at their ability to critically analyze a situation and solve the problem. They often can’t identify the: issues before them, facts, and how to draw a basic conclusion from their reading. This critical thinking is an important juncture point from a person being illiterate to computer illiterate.

If someone is computer illiterate his or her flaws are in the ability to critically process the data, or possibly the ability to understand the inner workings of the different types of software within his computer. While this may be a setback to learning the computer or cause a slowdown in the user’s ability to process data, it doesn’t mean that they can’t learn how do it.

The nature of the problem