Ice Mountaineering - How to Play?

As the sport has become extensively popular, the competition levels have also increased. The routes have become more difficult with 40-60 moves and that also contains many sub difficult stages. The time has become limited than before. That means a climber must maintain a good speed along with robust physical and mental strength. Let’s discuss some basic moves.

Among all the moves that have been shown over here, figure 4 is the most popular one due to two reasons. Sometimes the holds are placed at relatively long distance and use of this technique helps an athlete to reach those holds easily. Secondly, this move eliminates the fear of slipping of your axe from the hold. 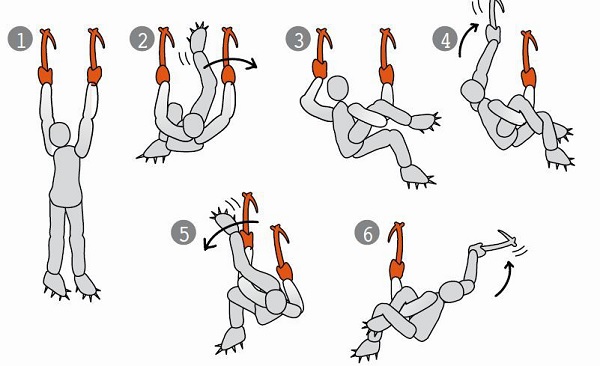 In order to perform the move as shown in figure 4, a series of moves have been shown. If the portion that you are mountaineering is much peaky and have heavy inclination, this step can be useful. One major thing that can be noticed here is that, this process allows the athlete to bring his centre of gravity close to the wall and high which is very important in terms of balancing aspect.

Though it sounds easy but performing it is not certainly an easy task. This is because you have to position the centre of gravity of your body under the axe in a hold position. If you are trying to switch on an overhanging position from a vertical peak quickly, this is an ideal step for you.

Much energy is wasted when a climber swings from one hold to another hold and this in turn reduces the performance. Using move as shown in figure-4 saves that energy as the center of gravity of climber’s body remains close to the axe.

On the inclining surface, some holds are there whose working area face downward. They are called undercling. An athlete must handle those holds carefully with his axe. The axe should be notched into the hold with an inverted form. 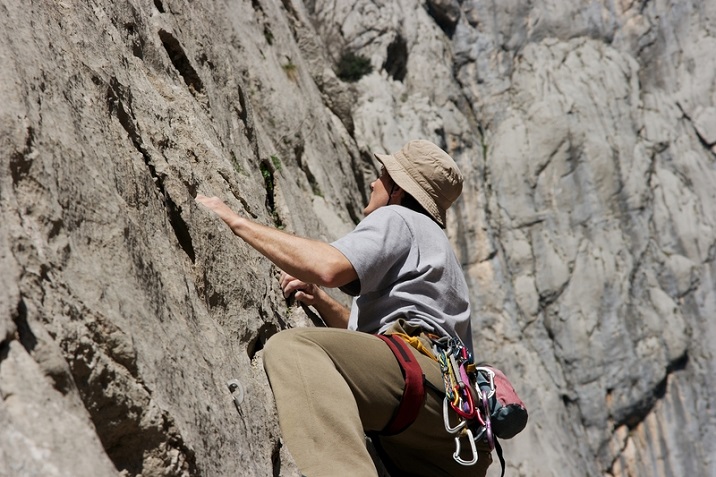 The muscular power plays a major role while performing this. Especially an athlete should be strong enough from his shoulder, arms and legs portion. For longer moves he should spread more his legs with much muscular power. Below is shown an image that shows the position of climber’s feet with the axe while performing this step. You can clearly see that they form a triangular shape.

During the process of mountaineering, very often an athlete needs to change his position of hand in order to move to another place or to give rest to his other arm. An athlete can use second axe for performing the hand change but he has to follow the rules made by UIAA.

It takes some time for a new user to get acquainted with this process. But there is a danger side of this technique too. A slightest imbalance can cause the axe to come out of the hold and the climber may fell down.

This is another important aspect that an athlete needs to focus upon. Foot work is specially needed on the crampons that are attached to the shoes. However, the process is not same as that of the footwork needed in hill mountaineering. While being in a climb position, it is difficult for an individual to create pull force through foot. Therefore, the actions like stabilizing, balancing, supporting on the ice through crampons get limited. 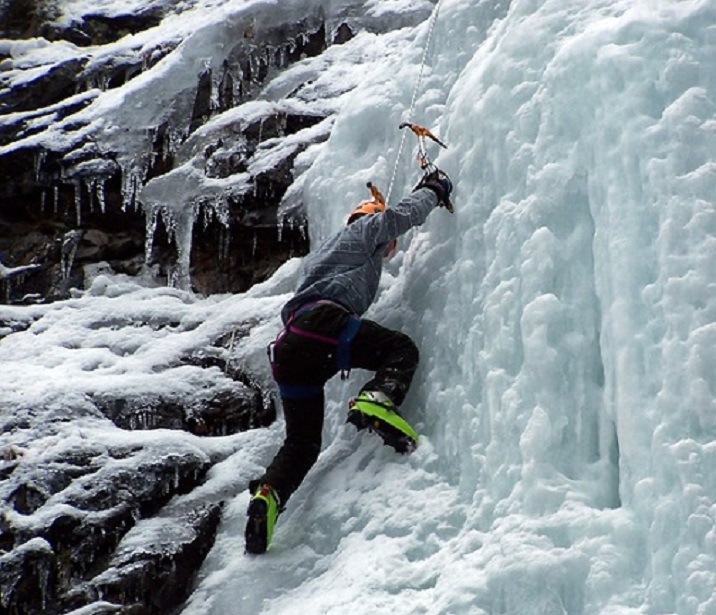 A rock climber can easily mount through difficult path with the help of his abdominal muscle power, high friction of shoes on the rock or through ability to scum holds but such is not the case here. When one front of his toe is touching the wooden block, it is difficult to generate enough pull force unless that is compensated by arm and back force.