The NT kernel cannot be called a microkernel as well. This is because almost all the system components run on the same address space as the kernel, which is a feature of the monolithic kernel. 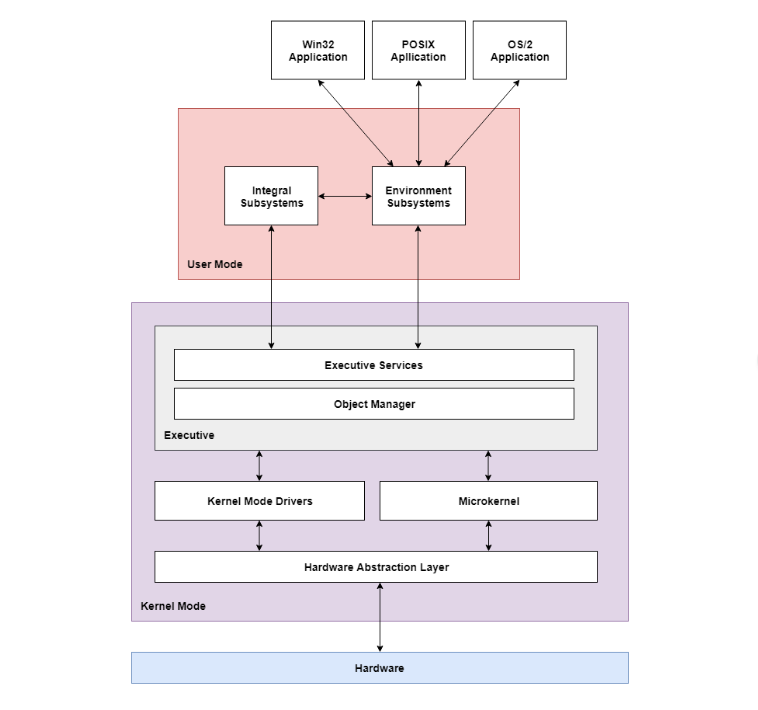 There are mainly two layers in the Windows NT operating system architecture i.e user mode and kernel mode. The user mode contains the Integral Subsystems and Environmental Subsystems with various modules in each of them.