How To Turn Your TV Into Smart TV

Instead of shopping for an expensive smart TV, you’ll be able to convert your existing TV into a web-enabled entertainment center by just spending a few thousands of rupees. With this, you’ll have access to everything the Web, the PC and the Google Play store have to offer. 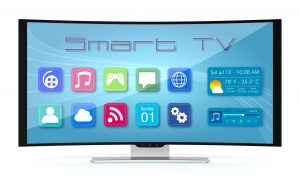 If you’re working on a tight budget, you might want to consider an ultra-portable media player. These thumb-sized sticks, which resemble USB pen drives, are capable of streaming content – pictures, music, videos – wirelessly from a PC, smartphone or tablet to your TV screen (provided you have a Wi-Fi router set up at home).

Now there are quite a few brands available in the market, but these are either from companies that have almost no presence in the country, or have been tried by only a handful of people.

Google’s Chromecast is available online at various e-commerce sites such as Amazon, Flipkart etc range starting from Rs 3000 to Rs 5000 and is very easy to use. Simply plug in the device into one of the free HDMI ports on your television and connect its micro USB port to a free USB port on the TV or an alternative source. 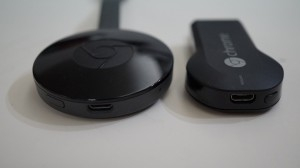 Once the setup process is complete, you will be able to view Full HD videos from YouTube onto your TV screen. If you have subscribed to services like BoxTV, BigFlix, Spuul, NexGTv, you can also stream their shows to your big screen.

For this, you need to install the Google Cast extension in your Chrome browser which will let you send the tab you are currently watching to your TV.

The Teewe 2 is a Wireless HDMI streaming stick, just like the original Chromecast, and it is available on most e-commerce websites, at Rs. 2,399. Teewe is an HDMI Dongle which lets you stream media to your television wirelessly with the tap of a finger.

The Teewe 2 is a little more difficult to set up than the Chromecast, and the content support isn’t great at the moment. But if you simply want to stream your own content, from the phone or tablet, to the television, it’s a good buy.

It doesn’t consume Internet bandwidth when streaming locally stored content. Also, it may be the only option for Windows Phone users. If you are a Mac user and don’t have an Apple TV and want to stream locally stored media to your TV, then the Teewe 2 is a good option.

The Apple TV is a network media player that can be used to stream videos, pictures and music from your iOS or Android device range starting from 7000 to 10,000. While you can subscribe to channels, buy or rent movies on iTunes via this player, you cannot store anything on it. 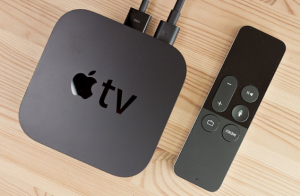 Like the Chromecast, it doesn’t include a USB port either, in case you would like to play a movie off a pen drive.

While Chromecast is the simplest and the cheapest way to Wi-Fi-enable your television , it does not come with any internal memory or expandable memory slot to store any data.

For a complete solution, you can opt for a set-top box media player. All you need is a TV with a free HDMI port and an active internet connection. Such media players support Full HD content from a variety of sources on the internet.

You can consider the one-terabyte WD TV Live Hub and iOmega ScreenPlay DX HD media players range starting from 10,000 to 12,000. These use a proprietary interface and come with a built-in hard drive. WD TV Live Hub is ideal for playing personal content and to access pre-loaded web services like YouTube, Flickr and TuneIn. The iOmega player also includes a browser to surf the web and a miniature keyboard to make typing a little easier. 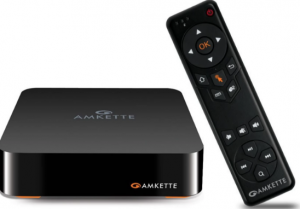 The Amkette EvoTV series available in four versions from Rs 5,500 to Rs 10,500 is an Android-based box for media playback. This player has a web browser which gives you access to the apps on the Google Play store. This lets you add your own preferred applications to the preinstalled web services in the player. You can even attach a USB keyboard to such media players to make typing easier.

“So as long as you have a reasonably new television, with an HDMI port and perhaps some USB ports as well, you’re ready to make your very own smart TV, without spending a fortune.”