How to show line numbers in Arduino IDE?

Line numbers are often necessary when working with large files consisting of several functions. Most developers prefer to have the line numbers shown in their code editing software.

By default, line numbers are hidden in the Arduino IDE. In order to display the line numbers, go to File → Preferences. 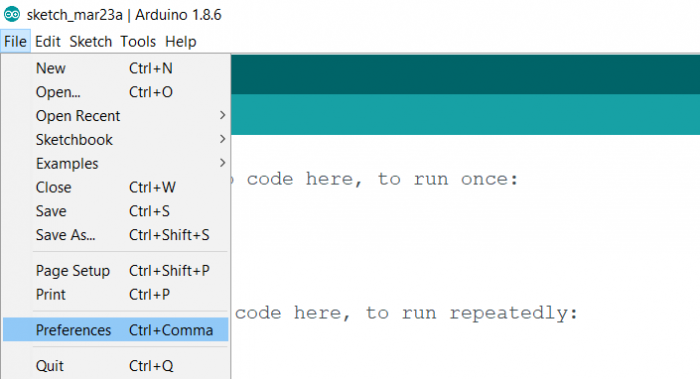 In the dialog that opens, tick the box that says ‘Display Line Numbers’. 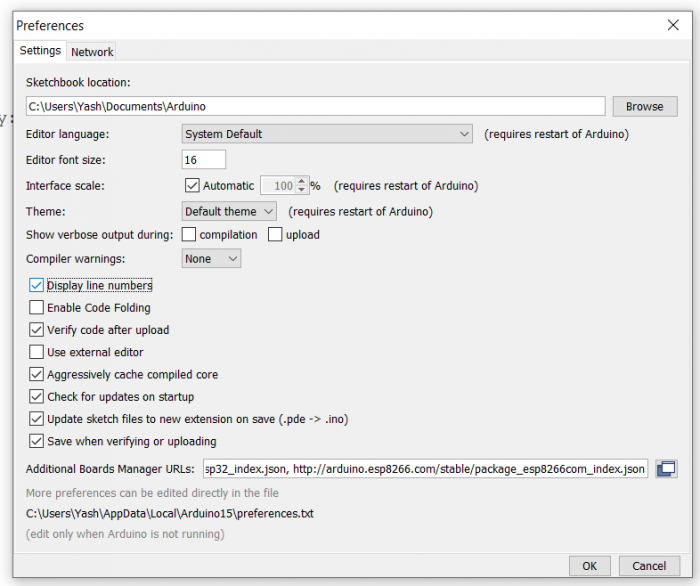 The line numbers will now appear on the Sketch. 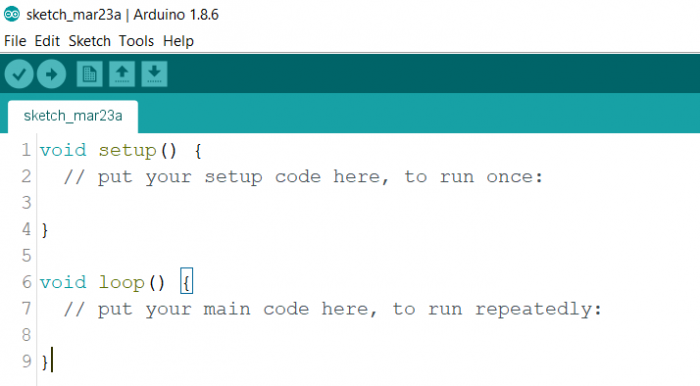 Alternatively, the line number of your cursor can always be obtained from the bottom-left corner of the screen. This is one of the not-so-well-known features of Arduino IDE.