How to Link your PAN with Aadhaar Card?

The government recently made it compulsory to link your Aadhaar card with PAN. It was reported that taxpayers were finding it difficult as their names did not match in both systems which means names with different initials, and different spellings in PAN and Aadhaar card. For encountering such problems, the department responded to such grievances has come out with a simple solution now – linking the two cards together.

A PAN (Permanent Account Number) card is a unique 10 character alpha-numeric code that is assigned to all the tax paying entities in India. It is issued by the Income Tax Department. The card is linked to all the transactions where tax is deducted at a single source, making it convenient for the government to keep track of such financial transactions. A PAN card is required for filing Income Tax returns in India, and all individuals and entities that pay tax, including foreigners are expected to have one. 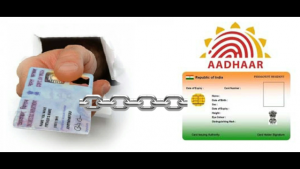 The Government has launched Aadhaar card for the identification purpose on 28 January 2009. Since then, it is made mandatory for all residents of India to issue an Aadhaar card. This card is a 12 digit unique identity issued to all Indian residents based on their biometric and demographic data.

Aadhaar is the world’s largest biometric ID system, with over 1.133 billion enrolled members as of 31 March 2017. As per UIDAI, over 99% of Indians aged 18 and above had been enrolled in Aadhaar.

Besides being used for filing the tax, a PAN card is also used as a proof of identity and age for everything from booking tickets to investing in the stock market and also for applying for a passport. An alternate to the same is Aadhaar Card. An Aadhaar card can also be used for various online transactions and can be used as valid identity proof in India.

The Income Tax Department has made it easy for taxpayers to link their PAN with Aadhaar with just a small process on the e-filing website. This facility can be used by anyone to link their Aadhaar with PAN. It is an e-facility to link an individual’s Aadhaar number with the Permanent Account Number (PAN). The government had recently made it compulsory to link the Aadhaar with the PAN for the filing of income tax returns, beginning July 1, 2017. Your PAN card could be rendered invalid by December this year if you don’t link it. 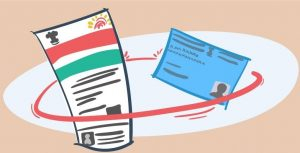 Nowadays, a number of government services and schemes require an Aadhaar number for registration and verification purposes, thereby making it an important document.

In order to link PAN and Aadhaar cards, taxpayers have to first register on the Income tax e-Filing portal. Once they have done so, they are to follow the steps outlined below −

Do ensure to check the PAN, Aadhaar no. and ENTER NAME EXACTLY AS GIVEN IN AADHAAR CARD (avoid spelling mistakes) and then, submit. After verification from UIDAI which is the government website for Aadhaar, the linking will be confirmed. Also, validate that the date of birth and gender in PAN and Aadhaar are exactly same.

In a rare case where Aadhaar name is completely different from name in PAN, then the linking will fail and the taxpayer will be prompted to change the name in either Aadhaar or in PAN database.

The process is quite simple and fast. The final confirmation message is instantly generated on the screen, which lets you know whether the linking is successful or failed. It is better to cross check all the details on the PAN card and Aadhaar card manually, before proceeding to the income tax website for linking.

Why link Aadhaar and PAN?

The government has urged all entities to link their PAN cards with their Aadhaar cards. This is a mandatory activity being done for the following purposes −

As a result, the government will already have a detailed record of all the financial transactions that would attract tax for each entity, making tax evasion a thing of the past.