How is it used as business strategy in Kamikaze Defense?

Kamikaze defense techniques have been used by Japanese Pilots in World War II, but they are a successful utility tool for firms to prevent hostile takeover. They are employed by an organization to preserve its self-interest, the financial position of the organization. The objective of this method is to reduce the target company’s demand to a hostile bidder by decreasing its market capitalization. This is implemented as a protective defense by most firms to prevent takeovers. 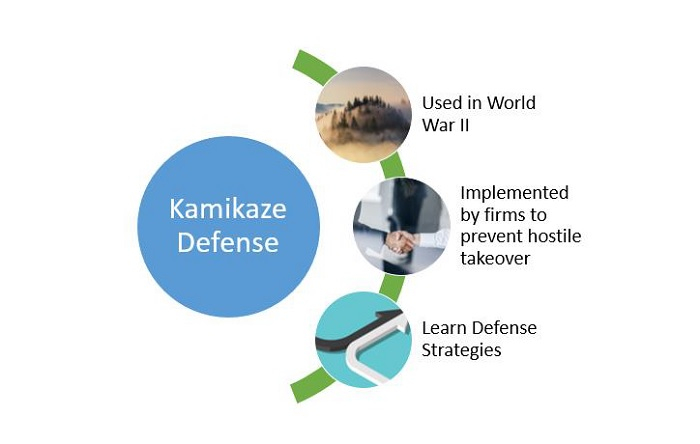 Kamikaze Defense: What You Should Know

The following are some examples of Kamikaze defensive techniques that companies employ. 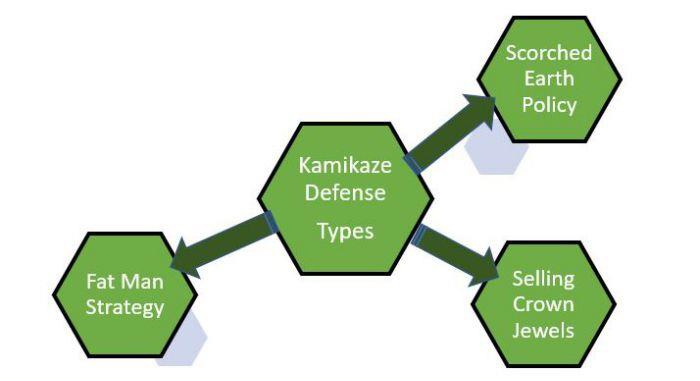 The Sale of the Crown Jewels is a Strategic Move

It is possible for the target firm to protect itself against a hostile takeover by selling its most valuable business assets owned by the organization. The selling of costly assets for the firm is known as sale of crown jewels.

This tactic is also known as "Kamikaze action," has the effect of decreasing the value of the target. Alternatively, the target can sell its asset to a friendly third party, known as a "White knight."

The Strategy of the "Fat-Man"

The fat-man strategy entails the target firm acquiring additional businesses and assets in order to inflate its financial sheet, therefore transforming it into a "fat man." Especially when the purchase substantially raises the target's debt load or decreases the target's cash available without demonstrable synergies, the target business will become less interesting to the acquirer.

The Strategy of Scorched Earth

A scorched-earth strategy is a military tactic that is used to prevent invaders from taking use of local resources, such as crops and infrastructure, by destroying them before fleeing from a battlefield. This rationale holds true in both the corporate and academic worlds. A target firm may sell its assets and take on a significant amount of debt, reducing its value and making it a less desirable acquisition opportunity.