The word ‘Selfie’ has become as been one of the most hyped words in the last decade or so. Smartphone makers are leaning more and more towards enriching the selfie experience of their phones. After all, who needs another person to capture your favorite moments when you can do it on your own? In the last two years, the world has witnessed a huge variety of tools dedicated to enhance the selfie experience, such as a selfie stick, a dedicated flash, or a zooming lens; the list goes on. 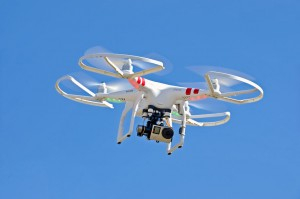 Would you believe me if I tell you all these accessories are very soon going to be the relics of the past? What if I say, you don’t even have to take your phone out of your pocket to take a pictures and videos? Let’s meet the ‘Hover Camera’, your personal selfie drone. This piece of pure awesomeness is literally a hovering drone equipped with a camera.

Let’s give this baby a closer look:

Based at Beijing, these bunch of geniuses at Zero-Zero Robotics work at an insanely crazy level to break in through the horizons of technology. They welcome any so- called ‘mad scientist’ with an insane hunger to push technology through its limits, to join hands and work with them.

How do you Use it?

Using this piece of beauty is even easier then flying a paper plane. You would just be awestruck when you look at this tech-beauty hover and fly around you. All you have to do is press the power button, then unfold it as you would unfold a book, raise it anywhere in mid-air, and just release it and let this gadget fly!

What can it do?

This little masterpiece can not only do all the ordinary stuff that conventional digital cameras out there can do, but also some of the more offbeat stuff that were impossible till now. For example, the Hover camera can take stunning 13 Megapixel photos., and can record Videos at a magnificent 4k resolution.

In addition to that, it can also take 360 degree wide panoramic shots in mid-air, and can hover steadily (far more steadily than a chopper) at any position in the mid-air to a maximum altitude of a whopping 164 feet from the ground.

This may sound like a little ‘straight out from science fiction’, but this little hovercraft can follow your face while maintaining the precise distance and the height of the flight, wherever you go. It can even follow you down the stairs while maintaining its position.

The hover camera is powered by a ton of sophisticated Artificial Intelligence Software Technologies containing various flight control algorithms embedded to the hardware of the hover camera. It is equipped with a software technology called Electronic Image Stabilization. This technology is basically used to capture rock steady images.

The Hover camera is way smaller than most other drone cameras available in the market. In fact, it is so small that you cannot even notice it when it goes into your bag. It is 182 mm in length, 132 mm in breadth, and only 32.5 mm in width, effectively weighing just 238 grams! Unbelievable!

What is it made up of?

The hover camera is enclosed within a tough and durable carbon fiber. It can take a lot of falls from a considerable height. The makers of this wonder conduct various fall tests and endurance tests on every piece they manufacture. The flight and the hovering is made possible by four low powered highly efficient DC actuated fans affixed across the sides of the hover camera.

The most interesting aspect of the hover camera is its hardware. This baby is packed with some hefty hardware specifications. Let us get indulged in the hardware front of the Hover camera. It has got a camera sensor capable of capturing vibrant 13 Megapixel images and stunning 4K videos.

The camera is equipped with an LED flash for low light and indoor imaging, and is powered by a Qualcomm Snapdragon 801 Quad core processor. This processor is very often used in flagship grade smartphones. It also includes a lithium powered battery that is interchangeable.

Wait! Did you think it has got only one camera? It also includes a secondary camera and a mic that are paired together and integrated with the software to work as a sonar. This is the secret behind the unmatched airborne stability of the hover camera. 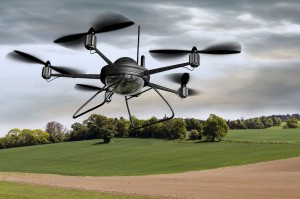 The hover camera does not contain a GPS tracker within it. All the tracking is accomplished by using Phase detection and complex Artificial Intelligence Algorithms Embedded on to the drone. This device opens a whole new dimension when it comes to taking Selfies, and videos. You don’t need to bother about holding a device, thus going completely hands-free.

The Hover Camera holds the potential to revolutionize the world of photography and video-shooting. Even the mere idea of a camera that takes pictures and videos with a very minimal need of the user is so intriguing. If the poor battery performance is handled, the Hover camera would undoubtedly be the strongest contender to become the icon of the next generation cameras.