We need technology for everything today , be it washing clothes, dishwasher for utensils, or getting medical reports. Our increasing dependency on technology round the clock has inspired the Chinese Technology Giant, Xiaomi to introduce a new product to the market.

Yes we are talking about the new talk of the town, the electronic bicycle by Xiaomi, named “Qicycle”

How Does it Work?

The Qicycle weighs 14.5 kgs and 7kgs.Any other information is yet to be revealed by the Chinese company. But this is a new concept introduced by the company that lures people who love riding eco-friendly bikes, unlike this one the Qicycle. 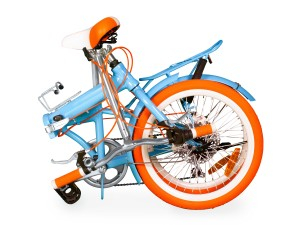 The bicycle or to say the Qicycle uses a Panasonic battery of 18650mAh. This battery facilitates to cover 45km in a single ride. It has a battery management system(BMS) which is basically an electronic system that aids us with a rechargeable battery.

If it is a bicycle you expect to keep paddling to keep it get going, but in this case you need not worry. This Qicycle is accompanied with Shimano Gear shifters which aid in paddling even if your cycle runs out of battery.

This China-based company Xiaomi has also revealed that this electric bicycle can measure parameters related to fitness like calories burned, distance traveled and the speed of traveling. For all those who love exercise and want to have a check on their calories, this is a must have the cycle.

The Qicycle has a handlebar with a display unit that gives the user up-to-date information regarding the current state of the bike, the total distance it has covered, total calories the rider has burnt and other such information. In addition to this, there is a small mobile phone attached to the cycle through a dedicated app.

The Qicycle is supported with 250W 36V electric motor in addition to Torque Measurement Method(TMM) which helps in increasing the rider’s pedal power. With all this description let’s have a look at how does it actually works and what makes it worth the money.

The system is accompanied by monitoring state, calculating secondary data, reporting the data and controlling its environment. This electrically foldable bicycle has an additional rechargeable battery, and a Battery Management system (BMS) to locate the state of the Qicycle’s battery and to assure that it functions and runs within the safety limits so that the rider can enjoy a safe and peaceful ride.

The bicycle has sensors to always locate the bike’s state and many other features like the GPS navigation system is built-in. If in case power runs out there’s Shimano 3- speed gear-box. This helps in transmission of power to the bicycle. The electric bicycle has three-speed gears, which is easily foldable and weighs 14.5 kgs and not to forget rear lights given into its frame. However, there are rumors alleging the actual invention of this Qicycle by Xiaomi.

An Improvement on Xiaomi’s own Product launched Earlier

As earlier this year Xiaomi has launched a similar bicycle with all the features similar to this Qicycle. But the only difference was that it was a nonfoldable electric bike, rest all the functionalities were similar to this one. Actually, this bike was developed by a start-up company iRiding in which Xiaomi has invested, and was more expensive than today’s price.

However, this newly launched bike is much more appealing than the previous version. Also, the company is advertising this bike in China’s most crowded cities where people prefer electric bikes over cars on the roads favoring in the company’s economy.

What does it Cost?

The cycle is very compact, as mentioned is easily foldable. Also, it can easily fit into cars.This electric bicycle is known as Qicycle. Xiaomi quoted” Qicycle is not an ordinary bicycle”. It has an integrated electric motor which is used in propulsion. It is not yet confirmed if this cycle is going to be made available outside China or will be limited within Chinese boundaries. The company is yet to reveal its future plans.

The Qicycle is a great way to stay healthy and live in a less polluted environment. As it does not need diesel or petrol to run. The only thing this cycle lacks is a 4GB RAM which is offered by Xiaomi’s competitors, however it looks like Xiaomi is holding pretty good against the competition. Lets keep our fingers crossed with the thought that very soon some Indian company starts working on a similar idea.