How does Multi-material 3D Printer Work?

3D printing, also referred to as additive manufacturing is the method of making three-dimensional solid objects from a digital file. 3D printing is gaining more popularity nowadays because of its enormous potential in science and technology.

What is Multi-material 3D Printing?

In 3D printing, a three-dimensional object is formed from piling ultra-thin layers of material on top of one another so that the object is an exact clone or visual replica of the original thing- the same as in regular HD printing, but with the depth perception. 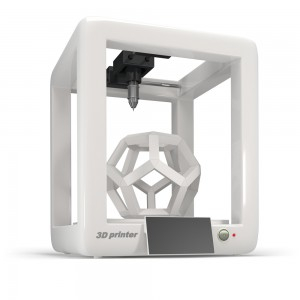 How does 3D Printing Work?

The engineer will first determine which object to create, by either searching it on internet, or designing it on a computer. A CAD (Computer Aided Design) file is then created with the help of a 3D modeling application or with a 3D scanner, whose job is to take a 3D scan of the object that’s going to be replicated.

What is a 3D Scanner?

3D scanners are used to generate a 3D model, like time-of-flight, modulated light, volumetric scanning, and many more. Companies like Microsoft and Google have already started a chain of products where various technologies of 3D scanning has been incorporated into their line of products. For example, recently Microsoft integrated a 3D scanner into its Kinect. The prices of these 3D scanners range from expensive professional devices manufactured specifically industrial use, to just 30$ or Rs 20000 (approx.) DIY scanners which are super-affordable and anyone can own!

What is a 3D Modeling Software? 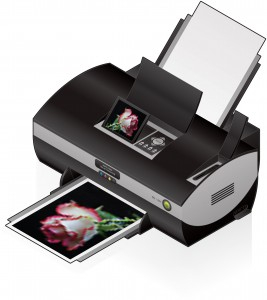 Depending on the 3D printer used to take a printout, there are seven different technologies used, that have been categorized by the American Society for Testing and Materials (ASTM). This body’s job is to determine the different specifications needed for categorization that also to finalize what classifies the additive manufacturing processes.

In this method of 3D printing, a technology named Stereo Lithography (SLA) is used which employs ultra violet light to harden photo polymer resin. A vat of liquid ultraviolet curable, photo polymer resin and an ultra-violet laser is used to cut and lay down a layer of microscopic thickness.

This technique was invented by Charles Hullin 1986, who also at the time founded the company, 3D Systems. Vat Photo polymerization is a very adaptive and deceptively easy technique, and that’s the reason even new technologies, such as the new ultra fast Continuous Liquid Interface Production (CLIP), Film Transfer Imaging (FTI), and Solid Ground Curing (SGC) still use this vat photo polymerization.

In material jetting, the printing material is sprayed as tiny droplets through a powerful nozzle of very small diameter onto the printing surface, and this process is somewhat similar to functioning of a traditional inkjet paper printer. However, the difference is that- in this case, instead of spraying the liquid on a printing surface, it is sprayed on itself, forming a layer-by-layer, 3D structural model. This gelatinous substance is then hardened by UV light to make a finished product.

Binder Jetting is a technique that involves the usage of two materials, one is a powder base material and the second one is a liquid binder. The powder base material is spread in thin, equal layers on top of each other inside a build chamber, and then the liquid binder is spread on through jet nozzles that re-calibrate the design of the original product and bind the powder particles in the shape of the programmed 3D object..

The final product is then solidified by the remaining binder liquid in the build chamber and powder base material. This technology was first developed at the Massachusetts Institute of Technology in 1993 and in 1995 Z Corporation obtained an exclusive license.

In this process of 3D modeling, Fused Deposition Modeling (FDM) is used. This technology is trademarked by Stratasys Inc., and is widely used by them. The FDM technology involves the use of a plastic filament or metal wire which is unwound from a coil present inside the printer. The supplying material is let out through an extrusion nozzle, which has the control on turning the flow of supplying material either on and off.

The nozzle is then heated to melt the material. This molten material is then moved horizontally and vertically by a numerically controlled mechanism, as per the calibrations transmitted through a computer-aided manufacturing (CAM) software package. The object is produced by using this molten material in forming layers, as this material hardens immediately after being expelled from the nozzle.

Many materials are used to make this melting substance. The common ones among them are wood files, conductive, flexites, etc. however, the material most widely used come in two plastic filament material types: ABS (Acrylonitrile Butadiene Styrene) and PLA (Polylactic acid).

In this process of 3D printing, the most commonly used technology is Selective Laser Sintering (SLS). This technology involves using a high power laser to fuse small particles of plastic, metal, ceramic or glass powders into a malleable mass, which can then be re-structured and re-designed as per the usage.

After scanning and placing the cross-sections (or layers) generated by the 3D modeling program on the surface of a powder bed, the laser then selectively fuses the powdered material. After each cross-section is scanned, the powder bed is lowered by one layer thickness.

Then a new layer of material is applied on top and the process is repeated until the object is completed. SLS was developed and patented by Dr. Carl Deckard at the University of Texas in the mid-1980s, under the sponsorship of DARPA.

This process involves material in sheets which is bound together with external force. These sheets can be metal, paper or a form of polymer. Metal sheets are welded together by ultrasonic welding in layers and then CNC milled into a proper shape. Paper sheets can also be used, but they are glued by adhesive glue and cut in shape by precise blades.

This process of 3D printing is mostly used in the high-tech metal industry and in rapid manufacturing applications. The 3D printing apparatus is attached to a multi-axis robotic arm which consists of a nozzle that deposits metal powder or wire on a surface and an energy source (laser, electron beam or plasma arc) that melts it, forming a solid object.

3D printing is a wonderful invention which has given a new horizon to the scope of multiple industries like the automotive industry, aviation industry, medical industry etc. These devices provide an accurate depiction of the information people want to share, and that too on a 3D plane. We look forward to more advancement in these fields with this amazing invention.