How Apps like Zcash, Blockstack, and Appcoins are changing the Face of Digital Payment Systems?

If I ask you how much cash do you carry? Your answer would be limited up to maybe 5000 I guess, but still, you go out, shop, eat by spending very less cash. No, of course, you don’t get things for free but, with the digital payment mode. Paying through different platforms or online transactions has made life easier and less complex. 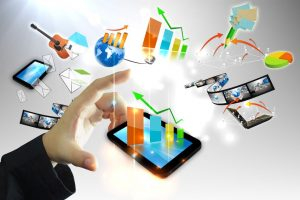 You may have heard of the fancy word – Crypto-currency, something which always comes by digital payment. Just to brush up your knowledge, it is a digital currency which involves encryption techniques that are used to formulate the production of units of currency and check the transfer of funds which are operating independently of a central bank.

There are things which remain evergreen like dialogues of Sholay, teacher’s homework, the surgical strike. But then again there is demonetization with long queues outside every bank which one could never think of. It had a major impact on the role of digital payment. Here we are with the new and bold face of digital payment is Appcoins, Zcash, and Blockstack.

These Crypto-currencies and blockchain networks have created an innovative way to raise funds for developing and maintaining different products and services. Be it products available on the internet, or various cloud services or even the financial products and investments. 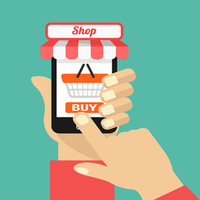 In simple words, we can define Appcoins as an application specific token, which is used to motivates some kind of behavior or to say, raise funds for the development of that particular application.

Appcoins are not some new concepts, they have been there for years. People who love visiting casino might be more familiar with this term as it was earlier used as casino chips or the in-game currency. Generally, tokens (Appcoins) are created on a decentralized protocol. Appcoins exists in any of the two forms discussed below. These are:

Here the Appcoins is used as a token for its own blockchain. They come with several challenges like supporting a development team for maintaining the protocol, mining and considering many other security issues managed by Bitcoin over past 7 years.

Here the Appcoins token is considered on top of an existing blockchain through a smart contract like in Ethereum or via a secondary protocol like the Counter-party covered on top of Bitcoin. These Metacoins influence the security of present block chain like the Bitcoin or Ethereum to initiate and transfer tokens. This is done by installing metadata into the block chain through ordinary layer-1 transactions. This can be parsed by the Appcoin’s wallet as well as the application.

The Need of Appcoins

The question is that, why do we actually need Appcoins. Of course, it’s not just for gambling. We can sum up the need for Appcoins in two strong points. These are:

It stimulates behavior from customers in the application and lightens up issues of free-rider in the decentralized systems.

It funds and rewards the developers and early adopters of the app. As they are the large stakeholders of the Appcoins. Money is raised by some pre-sale of unassigned tokens. This is ultimately spent on developing the app. The market value of these tokens is determined in the pre-sale, raising the price of assets for developers, early adopters, and speculators.

Today Appcoins offer blooming projects using their internal currencies instead of the already existing ones. They really solve some practical daily life problems related to money in the marketplace. Overall I am a bit skeptical about this whole concept.

Tell me the best part about crypto-currencies. Not it’s not the word “crypto” or “currency”, but the part of being decentralized, permission-less services. They do not have any central controller. We say the internet is very fast, there are a lot of things about it which e know, which we don’t and the others which we are not meant to be known. But do you know almost all our activity online is conducted by five stacks? These are Apple, Facebook, Google, and Microsoft. 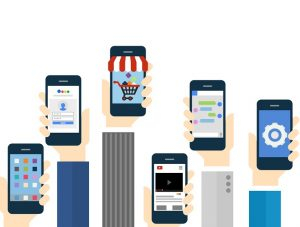 So, Blockstack is making the most decentralized internet possible. along with it’s server-less apps that put users in complete control of their data. Decentralizing the internet opens doors for innovation, freedom and economic inclusion. Giving users several choices, availability, savings and info security. with no worries for running servers, maintaining databases or even building out user management systems.

The Working of Blockstack

All these features are quite tempting for any developer, you get to push your limits to a different level. But on the other hand, what if you come to know about the technical limitations which involves more problems than those which are actually solved. 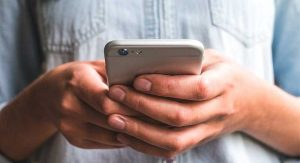 We cannot conclude anything now, just wait till the browser comes out from the public beta. From the available browser, it seems like the browser builds the web pages from the decentralized data saved by users in the Dropbox or other services. Again no central services are required. It uses block chain as domain registration. But let us not jump into any conclusion now, until we see the details. Fingers crossed.

Another Crypto-currency we have in stores today is Zcash. This newly launched Zcash is little different from the other two. 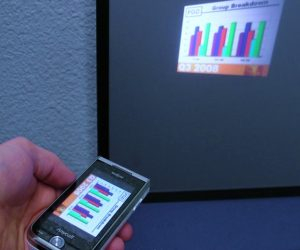 Zcash allows the users to do transactions even without any public information about the sender or the receiver or even the amount been talked about. All these things are analyzed through zero-knowledge proofs often known as zk-SNARKs. (zero-knowledge Succinct Non-interactive arguments of Knowledge).

The most weirdest and the most scripted thing about Zcash is that, the originators can hold some secret keys while the block chain is being set up. This secret key helps them to randomly create and spread new counterfeit Zcash as per their desire. 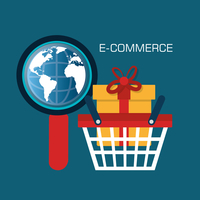 But the actual question is do we actually want to adopt this kind of currency system? Let’s not be all judgmental and negative about it. As per today, Zcash has the potential to become a new economic force. On the other hand, it sounds a lot more secure and private.

The founder and OG cypherpunk ZookoWilcox were quoted saying something truly inspirational about the Zcash. He said, “I want to be able to say we were there, pushing for that great transformation that began to wash away the suffocating mass of inefficiency, corruption, and isolation — the transformation that unlocked the potential of billions of humans who had been trapped behind walls — cooperation boundaries!”. 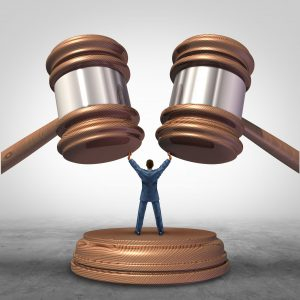 Zcash even paid for a pre-launch security audit, let’s hope it helps them avoid some challenges faced by Ethereum. Now again coming back to crypto-currency, latel, the two giant block chain ecosystem of Bitcoin and Ethereum have been busy lately. Ethereum all geared up to tackle all the security flaws it faced and Bitcoin just as always the war with itself again.

That’s not all, lately, there have been a lot in the world of crypto-currency. Like the launch of an open standard for digital academic certificates on the Bitcoin block chain from the MIT Media lab. There’s more to it. For the first time, the global trade between two independent banks has been completed using block chains and smart contract technologies.

Overall, crypto-currency with Appcoins, Blockstack and Zcash is the new face of digital payment. The developers have to wait little bit more to try there hands on these servers. For the rest of us we have to wait and see which one is the best. As per now, i am skeptical about all the three. Once we see them clearly and get a cut to cut experience, it would be easier to differentiate and point out the best and the worst parts of all the three apps.