Handball is one of the most popular games all over the globe. It is mostly played in Germany, Denmark and Sweden, and was professionally initiated as a game at the international level during 19th century, with a first-time demonstration at Summer Olympic of 1952. In order to score a goal, the ball is passed from hand to hand instead of feet, as in the case of football. It can be played both indoors and outdoors. Professional handball playing has different nomenclatures all over the world, such as European team ball, Borden ball, Olympic handball, Team handball etc.

Handball is played on a court with a goal centre at each end of the court. The goal centre is surrounded by a line inside which only goal keeper is permitted. The players pass the ball from hand to hand with the aim of scoring goal without touching or going inside the defending line. The highest scoring team wins the match. In handball the activity happens at a fast pace, be it ball-passing or goal-scoring. Basically, each team scores 20 to 30 goals. 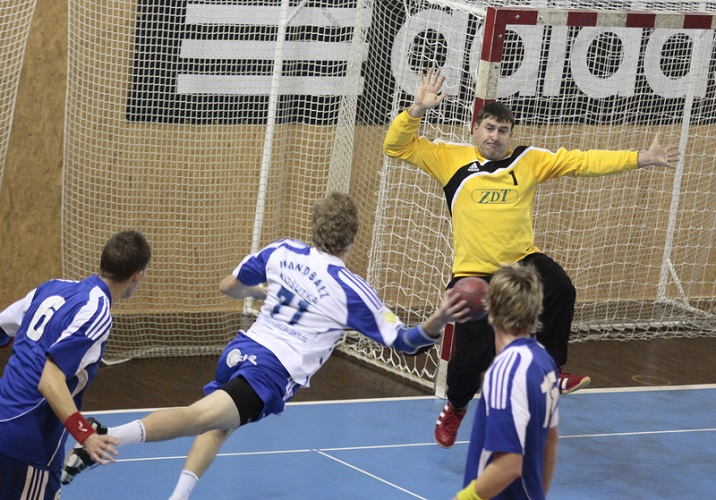 Handball is played between two teams of 7 members from each side, including a goal keeper. The goal keeper defends the goal while other six field player attempt to score goals by putting ball into the opposition’s goal post. There are many professional handball teams participating in several national and international tournaments that are organised by various organisational bodies over the world.

Handball has been a popular game all over the globe. Even though it originated in non-Asian countries, it has tremendous popularity in Asian countries. A number of federation has been formed which are conducting handball tournaments at higher level. It was introduced in Asia at the Asian Games of 1982 held at New Delhi. In Asian games, various countries like Japan, China, India, Saudi Arab, Kuwait, Qatar and South Korea participate in Handball, the competition being held once in every four years. 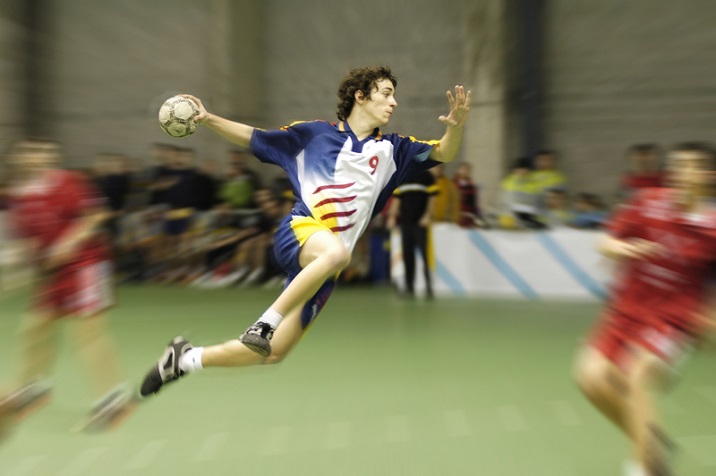 Handball is quite popular in countries such as Germany, Sweden, Berlin, Denmark, Iceland etc. International handball federation (IHF) has been organising various championship tournament for both men’s and women’s category. IHF is conducting these tournaments since 1946. Slowly, after the game’s inception, indoor handball evolved and got popular in Scandinavian countries. Since then, it is being played in both indoor and outdoor condition.

Handball is being played on a rectangular court in either indoor fashion or on an outdoor grassy field. The game is played between two teams of seven members each. Each team are free to choose the side of the court they wish to play first and the referee decides which team will start the game by tossing process. Like other teams, players can be substituted in place of players on the field according to the rules and regulation governed by IHF.

Handball is played on a rectangular court having dimension of 40mts by 20mts with a goal centre at each side. It has a centre line which equally divides the field into two identical rectangles. In each half of the court there is a goal surrounded by a semi-circular line known as the d-line. The region enclosed by d-line is known as d-zone or crease, where only goal keeper is permitted. Hence a player has to attempt to score goals from outside the d-zone without touching the d-line. Another dashed curve line of 9mts diameter indicates free throw line.

Dimensions of a Handball Field

A handball player must be acquainted with the dimension of various regions of the handball court and the ball used. Basically a handball field is a rectangular shaped area having dimensions as below.

In Handball, a player uses different equipment which are needed while playing the game. An audience can see the use of the following equipment when game is on. As the game is played in various forms, equipment used by player also varies accordingly. 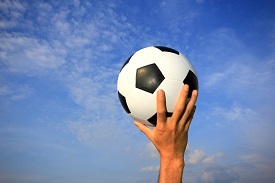 Ball used in handball is similar to the volley ball or the balls that are used in football, but nowadays a special type of ball has been made which is tailor-made for easy carrying and passing from hand to hand. 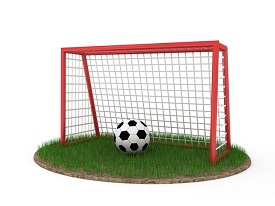 In handball, a goal centre is provided at each end of the court, which is 2mts tall and 3mts wide. The goal centre and the crossbar must be of the same material. Mostly, it is made of aluminium. The colors on both the goal centres must be the same.

Each goal centre must have a net and it must be fastened in such a way that a ball thrown into does not pass the goal. 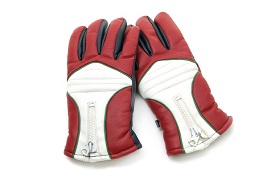 While playing American handball, it is necessary to wear gloves as the manoeuvring of ball needs to be really fast. Players may use some means to protect their eyes from injuries. For example- sun glasses are permitted. 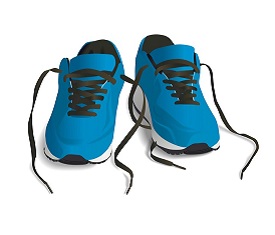 There is no definite specification of shoes that a handball player should use.

There are various types of shoes available which can be chosen by a player that will help them to play comfortably and prevent any potential injury.

Before getting ready to play handball, one should know its frequently used terms. These are common terms used to describe various activities in handball. Some terms used in professional handball matches are listed below.

Handball - How to play?

In a handball game the main objective is to put the ball inside goal post to score goal. The team which scores highest number of goals within the given time period is considered to be the winning team. A handball player must be capable to make quick movement of his body to score goals successfully. It also requires high level of stamina.

In a handball game, each team is appointed their position at one half of the court. The players are placed according to their planning to defend, to attack, and to save or score goals. Formation of a team may be of offensive or defensive.

An offensive team formation basically has left and right wingman, who are typically fast players and has excellent jumping ability required to get better shooting angle.

Quick Glimpses of the Game

Before we get into the rules of the game, there is a quick summary of the initial part of the game that demonstrates how the ball gets passed between the players and is defended by the opposing team. It also demonstrates various modes of scoring goal as the aim of each team is to score more goals in order to make them the winner of the match.

In case it is perceived by the referee that a player is not shooting or passing the ball, then he will lose the ball, which results in the ball going to the opposing player’s hand.

A player can dribble the ball but only once, after which he has to either shoot or pass the ball. The sequence of playing the ball may be catching the ball → 3 step → dribbling → catching → 3 step → pass/shoot within 3 minutes.

While free throw is awarded, there must be minimum 3mts distance between a defending player and an attacking player for which the free throw line is always marked at 9mts from goal so that there will be a gap of 3mts between the player attempting to shoot at the goal and defending goal-keeper.

If the goalkeeper directs the ball over the back line while saving the goal, it will remain with the goalkeeper. However if it is directed by a defending court player, the ball will go to the attackers’ hand. In case the attackers miss to put the shot into the goal and the ball goes over back line, then they lose the ball.

When the ball is thrown by attackers outside the side line, it will go to the defending players’ hand and vice-versa.

The ball shot into the goal can only be considered as a goal, if it completely passes over the back goal line. The play is restarted at the centreline by throw on by the non-scoring team.

In case of disobeying the rules or its violation, the act is judged as a foul by the referee and a penalty or a free throw may be awarded to other team. One should only use his/her torso to block the path of attacking player.

During penalty shoot, there must be a gap of about 3mts between goalkeeper and shooter. To maintain this distance, the penalty shooter is allotted his/her position behind the 7mts marks at 1mts gap from the d-area.

While shooting penalty, players are not allowed to lift themselves above ground or slide over the 7mts line In case they do so, penalty converted will not be considered. If a penalty shot bounces over the goal post then it still remains in play.

There are various forms in which handball is played as it is not limited to team ball only. There are different forms of handball played all over the world. Some ilk of handball other than team ball are discussed below −

It was originated during early development of the handball after which it is played in indoor condition as team handball. It was played for first time in 1936 during Summer Olympics at Berlin and it was played on a 90 to 110mts long and 55 to 65mts wide grass field.

It is same as team handball but it is not played in sports halls but on sand. It is played via two or three sets. 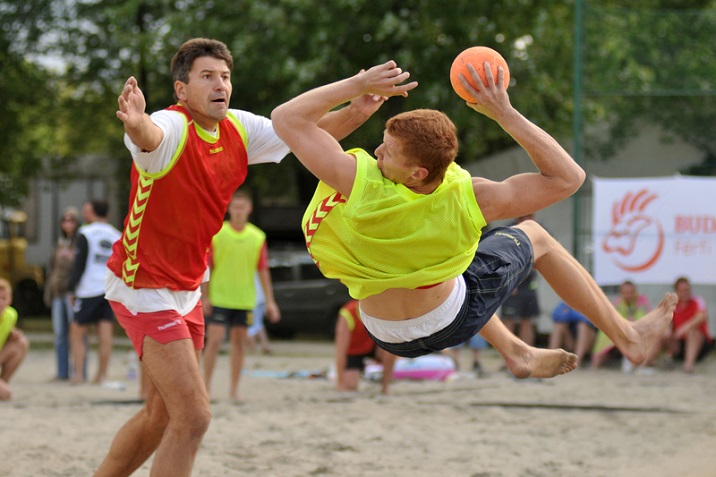 Handball has been recreated in America and is known as American Handball. The dimension of the court is 40 by 20 feet. This playing area must be enclosed by a four walls. The main objective of the game is to bounce a small rubber ball off of the front wall. It can be played between two players each at both ends. 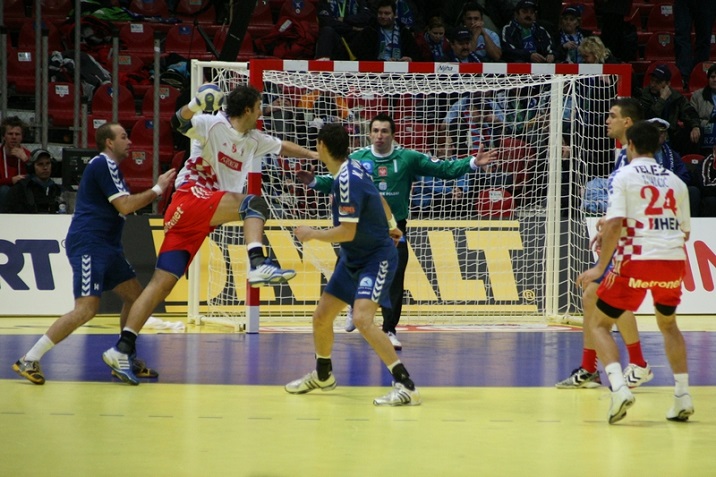 International Handball Federation is the governing body for various handball tournaments over the globe. In the first championship tournament only four teams participated, but now it has grown to a total membership of 24 teams. As handball gained popularity all over the globe, World Championship was planned and organized by IHF in a duration of every two years for both men and women category, since 1997. 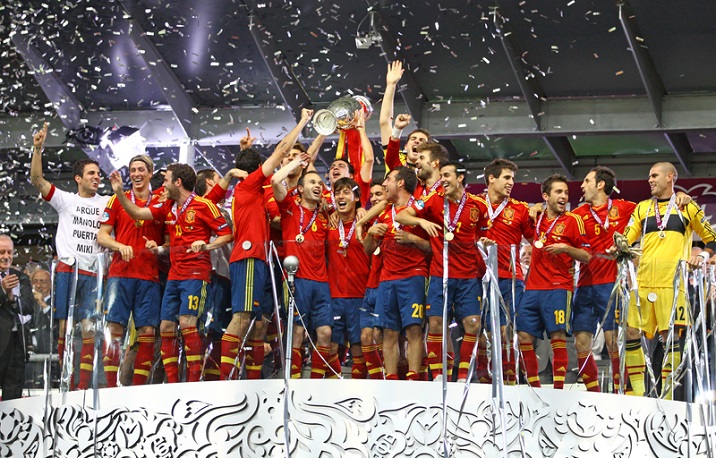 European countries have dominated since a long period of time. Since the formation of IHF, European Handball Federation has been organising various championship, which also serve as the qualifying tournament for the Olympics and the World championship, held at a hiatus of every two year. Sweden has won maximum number of championships whereas, Denmark has clinched maximum medals at the Olympics.