Handball - How to play?

In a handball game the main objective is to put the ball inside goal post to score goal. The team which scores highest number of goals within the given time period is considered to be the winning team. A handball player must be capable to make quick movement of his body to score goals successfully. It also requires high level of stamina.

In a handball game, each team is appointed their position at one half of the court. The players are placed according to their planning to defend, to attack, and to save or score goals. Formation of a team may be of offensive or defensive.

An offensive team formation basically has left and right wingman, who are typically fast players and has excellent jumping ability required to get better shooting angle. 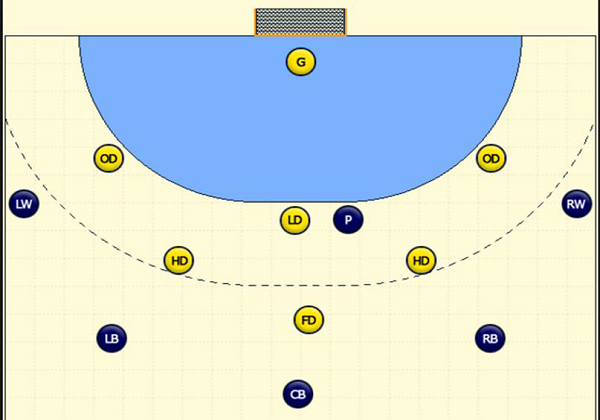 Quick Glimpses of the Game

Before we get into the rules of the game, there is a quick summary of the initial part of the game that demonstrates how the ball gets passed between the players and is defended by the opposing team. It also demonstrates various modes of scoring goal as the aim of each team is to score more goals in order to make them the winner of the match.

In case it is perceived by the referee that a player is not shooting or passing the ball, then he will lose the ball, which results in the ball going to the opposing player’s hand.

A player can dribble the ball but only once, after which he has to either shoot or pass the ball. The sequence of playing the ball may be catching the ball → 3 step → dribbling → catching → 3 step → pass/shoot within 3 minutes.

While free throw is awarded, there must be minimum 3mts distance between a defending player and an attacking player for which the free throw line is always marked at 9mts from goal so that there will be a gap of 3mts between the player attempting to shoot at the goal and defending goal-keeper.

If the goalkeeper directs the ball over the back line while saving the goal, it will remain with the goalkeeper. However if it is directed by a defending court player, the ball will go to the attackers’ hand. In case the attackers miss to put the shot into the goal and the ball goes over back line, then they lose the ball.

When the ball is thrown by attackers outside the side line, it will go to the defending players’ hand and vice-versa.

The ball shot into the goal can only be considered as a goal, if it completely passes over the back goal line. The play is restarted at the centreline by throw on by the non-scoring team.