The world has been chatting; sharing all the way from the day Facebook has entered the digital world. Then came the biggest revolution of WhatsApp, which has taken the world by surprise when it made easy for users by removing the registration process and made texting a daily habit replacing SMS. Sharing your favorite pictures, videos just through a click from your mobile or tablet has become a pastime for many. This was indeed a digital revolution when it comes to social networking. 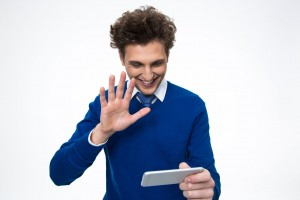 Moments turn into memories when there are dear ones around. As it is said, maybe in distance but never in heart – this becomes truer when you share those special events through live streaming each bit. But something was missing still. Yes, the video calling thing which could provide the much-needed interaction with your dear ones becomes a new reality.

In 2003, Skype was instrumental in bringing people together, giving them an easy means for intimately communicating with people thousands of miles away. However, Skype and the like are no more providing the innovativeness they once delivered. With the introduction of dozens of smartphones flaunting front-facing cameras, a slew of tools for video chatting soon finding their way to mobile devices, the dynamic app market is bound to change for better.

Apple’s FaceTime and Microsoft’s Skype are the real competitors for Google Duo as of now. Apple users are quite used to FaceTime app for quite some time and when Microsoft bought Skype, it really took the major chunk of the video calling market.

The other famous apps which are currently in the market includes Facebook messenger, ooVoo, WeChat, Fring, Camfrog, Tango, Viber which have their own market share and pros and cons.

Duo is the second of the two apps Google announced at its developer conference this past May. There are many reasons why we can believe that Google Duo has surpassed Pokémon Go and vaulted its place on the free app chart of Android play store in a very short time. The unique simple and cool features of Google Duo are, what makes it an exceptional calling application. Let us dig deeper to find more. 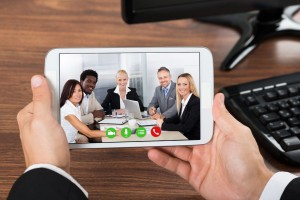 Skype, Hangouts, IMO, have indeed made inroads in video conferencing. But, access to these apps is by registration route.

With Google Duo, this process also has been transformed by making the procedure as simple and as possible by eliminating redundant steps. Google has indeed produced its new no-frills app “Google Duo” into the world of mobile communication. This comes out with a single agenda of providing the best video-calling interface.

What is Google trying to do?

So where does Hangout – The Google’s own technology now hang? It is rumored that they wish to target business users with this and make the Duo as a household name for general public.

Google’s Vice President of communication products, Nick Fox, recently said that “since Hangouts is more deeply integrated with users’ Google accounts and with services like Drive, Docs, Sheets and more, it would make more success in the enterprise section. He even added that the search giant believes that keeping one single app for everything is not a good idea.”

The features of this app is ensuring a leadership position for itself. Finally, as Google duo is all geared up to take on apps like FaceTime, it is your time to install the app and experience what’s the best in store.