Golden Temple was designed by Guru Arjun Dev who was the fifth Guru of the Sikhs. The temple is the place of pilgrimage for the people of Sikh community and many people come to worship here every day. There is no restriction and people of any religion can come and worship here. 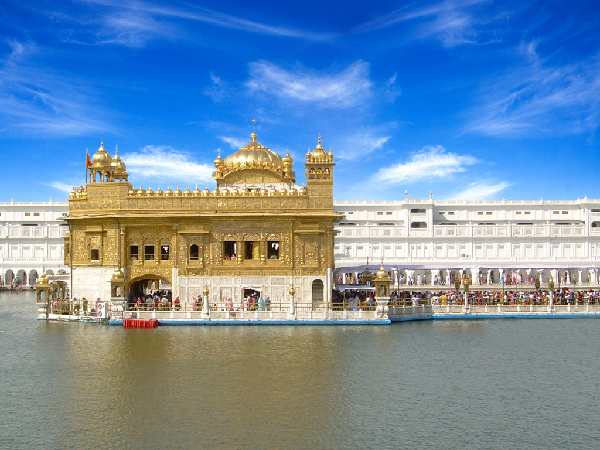 Amritsar is one of the largest cities of Punjab and India which is popular for the Golden Temple. Previously, Amritsar was also known as Ambrasar and Ramdaspur. Pakistan border is just 28km away from the city. Besides Golden Temple, Akal Takht is also popular which authorises the upkeep of Gurudwaras. 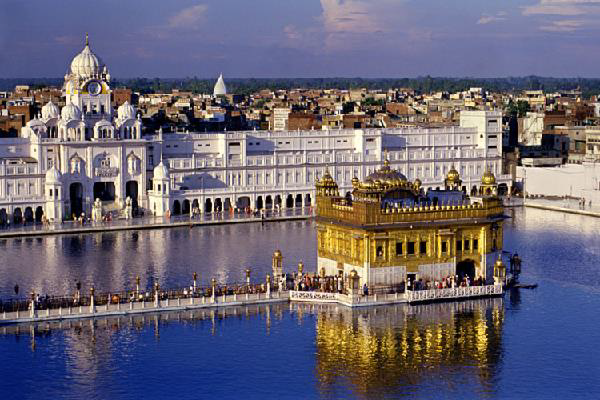 Ramtirth Temple is visited by the Hindu devotees as it is believed that it was the ashram of Maharishi Valmiki and is the place where Goddess Sita gave birth to Lava and Kush. Amritsar is also popular for handicrafts, carpets, light engineering and Punjabi cuisine.

Golden Temple is opened for the people from 4:00am to 11:00pm. It takes around two hours to visit the whole temple complex. The temple is opened on all days of the week including the government holidays.

There is no entry fees to visit the temple and people can visit it any time during the visiting hours.

The period to visit the temple is from September to March as the climate is very pleasant in these months. Though the months of December and January are chilly but still people enjoy visiting the city. The period from April to June is very hot as the temperature reaches up to 49 degrees. In the months of July and August, climate becomes hot and humid.

There are more than 300 hotels in Amritsar where people can enjoy their stay. The hotels range from cheap hotels to expensive five-star hotels. Some of the hotels in the city are as follows −

Amritsar was founded by Guru Ramdas in 1574 after buying a land whose cost was Rs. 700. The guru also built a residence for himself which came to be known as Guru da Chakk. Most part of the city was developed in 17th and 18th century. 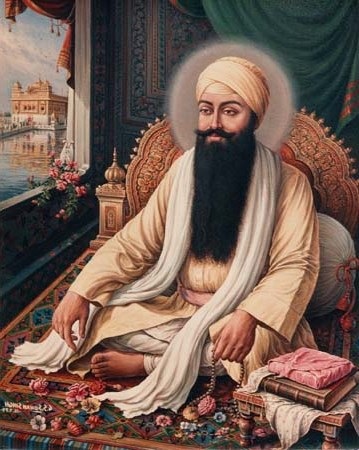 Jallianwala Bagh massacre also occurred here on 13th April 1919 in which many Indians were killed. The killing was done by the orders of Reginald Edward Harry Dyer. After independence, there was a partition in which India was partitioned as India and Pakistan where Punjab was divided between the two countries and Amritsar came under India. The Indo-Pak border called Wagah Border is 28km away from the city.

Golden Temple is also known as Sri Harmandir Sahab and Sri Darbar Sahab. Guru Arjun Dev, the fifth Sikh Guru, gave the idea of construction of a temple where Sikhs can come and worship. The land for the temple was bought from the Zamindars by Guru Ramdas. Hazrat Mian Mir Ji, a Muslim saint, laid the foundation of the temple and the construction was supervised by Guru Arjun Dev. 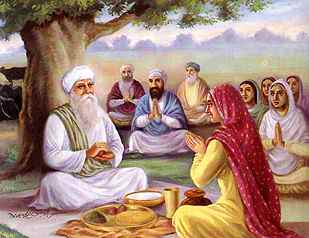 The guru asked to build the temple at a lower level with four gates, one in each direction. The construction of the temple was started in 1588 and completed in 1601. Guru Granth Sahib was also installed by Guru Arjun Dev and Baba Budha ji was appointed as the first reader of the book. The temple has got the status of Ath Sath Tirth and Sikhs from various places come here for pilgrimage.

Damage to the Temple

The temple and the Akal Takht was damaged during Operation Blue Star in which there was a fierce fight between the soldiers and the Sikhs and many people died. In order to avenge, the Sikh bodyguards killed Prime Minister Indira Gandhi. Though Rajiv Gandhi government repaired the Akal Takht Sahib in 1986 but it was removed in 1989. Later Kar Sevaks made the Akal Takht in 1999.

Golden temple was not built on the basis of other gurudwaras or the Hindu temples but was built on the lower level of the grounds. Due to such a construction, people have to move downstairs to reach the temple. Besides this, there are four entrances, one on each side, through which people can enter the temple.

The Golden Temple is built in the centre of a lake named as Amritsar lake and so the city also got the same name. It is believed that the lake has sacred water. The lake is connected with the Ravi river. 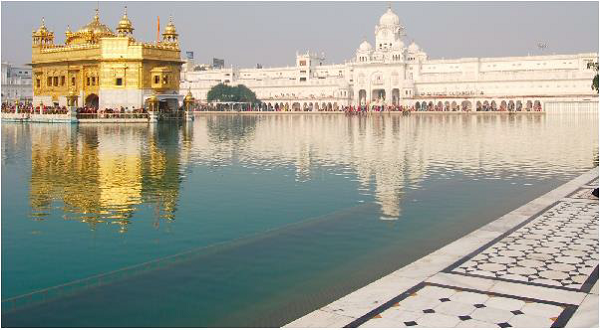 There are three trees in the temple called bers which are signs of either a saint or an event related to Sikhism. Besides these, plaques also signify some historical events related to Sikhs. These memorial plaques are also built to commemorate the Sikhs soldiers who were killed in World War I and World War II.

Other Elements and Decorations

Darshan Deorhi is an arch that is built at the starting of the causeway. The height of the deorhi is 6.2m and the width is 6m. The temple was plated with gold by Hukam Singh Chimni and Raja Ranjit Singh. They also included marble to decorate it. The gold plating of the temple was completed in 1830.

Akal Takht, also known as The Throne of Timeless One, was built by Guru Hargobind Singh who was the sixth Sikh Guru. It was built in order to administer the issues within the Sikh community. 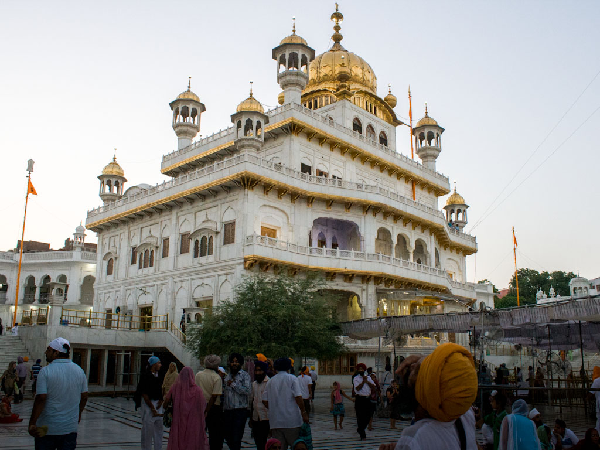 Shish Mahal or Mirror Room is on the second floor of the temple in which the ground floor can be viewed through an opening in the center. Shish Mahal is named so because there are small pieces of mirrors which have different shapes and sizes. The mirrors also have floral designs. There is a small pavilion above the shish mahal on which there is a dome surrounded by a number of small domes.

Golden Temple - How to Reach?

Amritsar is connected to various cities of India through a good network of road and rail transport. Amritsar also has its airport which connects the city to many Indian cities as well as cities of different countries. 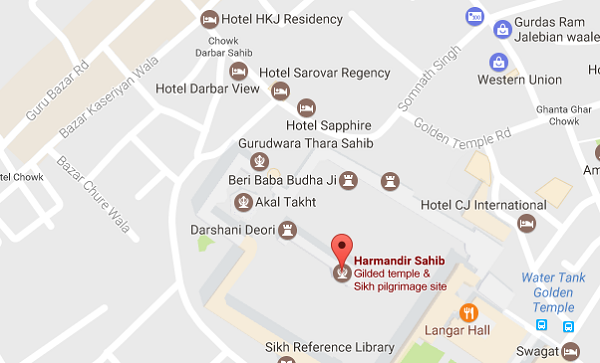 Raja Sansi International or Sree Guru Radas Jee International is the airport which is 11km away from Amritsar. There are number of flights to many Indian as well as foreign cities. Some of the major cities connected to Amritsar by air are Delhi, Srinagar, Dubai London etc. 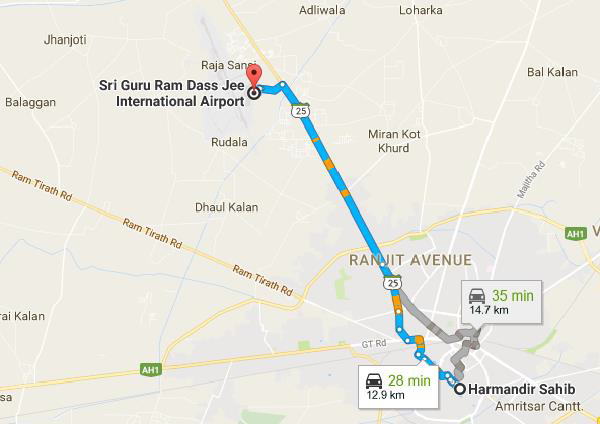 Amritsar is well-connected to many cities by train. Many trains start from and terminate at Amritsar. There are few trains which have stoppages at Amritsar and they go further to other destinations. The trains that come to Amritsar are Shatabdi, Janshatabdi, and Garib Rath express. Besides these, many fast and superfast trains also have stoppage here. 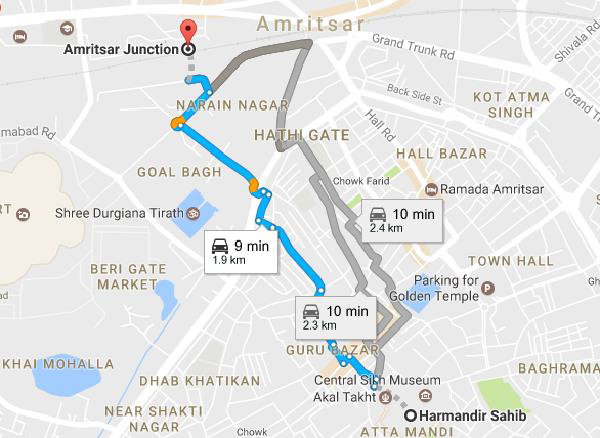 Amritsar is well-connected to the nearby cities by road transport as Grand Trunk Road passes by the city. Regular bus services are available to Delhi, Dalhousie, Ambala and many other cities. People can catch buses from Amritsar depot to reach their destination. 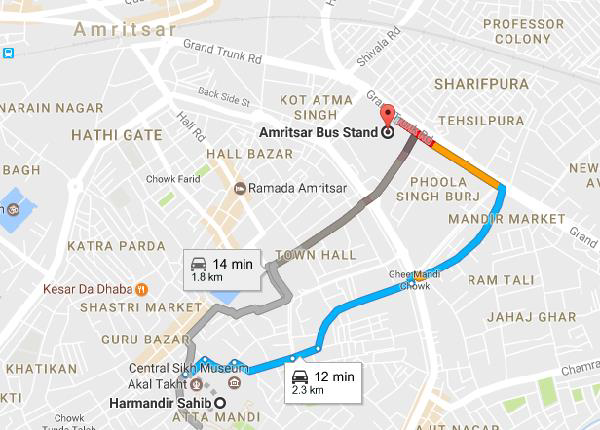 People can move around Amritsar through auto and cycle rickshaws which are very cheap mode of local transport. Free bus service is also there from railway station to Golden Temple which is arranged by Golden Temple Trust. Amritsar also has car rental companies from where tourists can hire a car to move locally as well as around Amritsar.

Golden temple is the most attractive place which tourists love to visit in Amritsar. Besides this, there are many other places to visit nearby the temple. Some of these places are as follows −

Jallianwala Bagh is commemorated for the massacre that occurred in 1919 when General Dyer ordered to shoot the people. Thousands of people died or injured in this massacre. In 1951, the government established the memorial for commemoration. The bagh is one kilometre away from the Golden Temple. 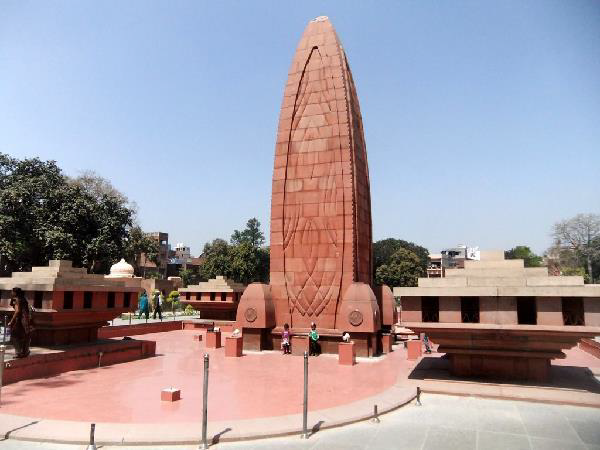 Wagah Border is a popular tourist place which is the border between India and Pakistan. Two popular events are held here which are Beating Retreat and Change of Guard. The soldiers of both countries participate in the events in which they show patriotism for their country. 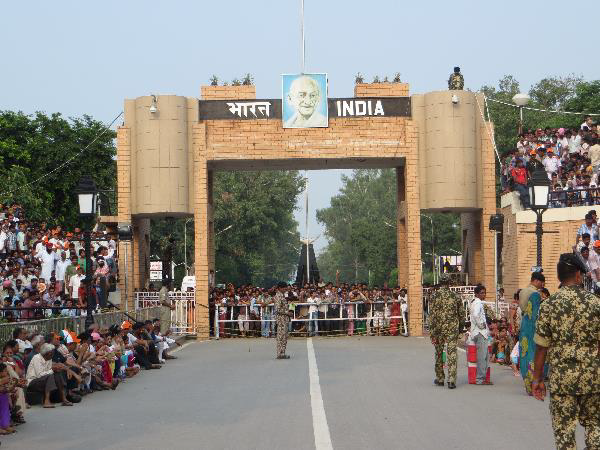 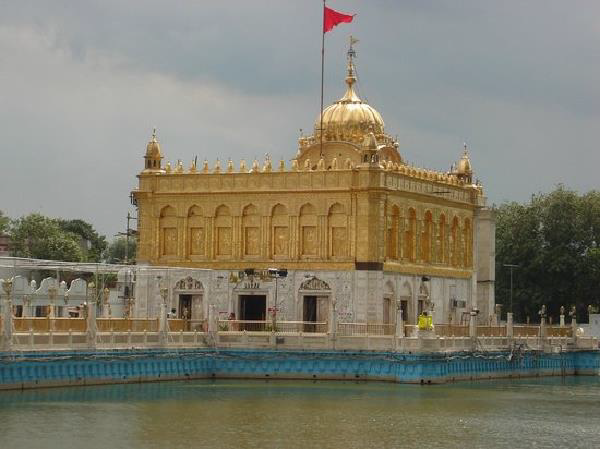 The temple was built by Harsai Mal Kapoor and is dedicated to Goddess Durga. Other deities worshipped in the temple are Hanuman, Goddess Shitla, Goddess Lakshmi, and Lord Narain.

Tarn Taran is a district which has a pilgrimage site of the same name. The city is 22km away from Golden Temple. Guru Arjun Dev constructed the temple. There is a pond in the temple which is believed to be the largest one among all the Sikh shrines. 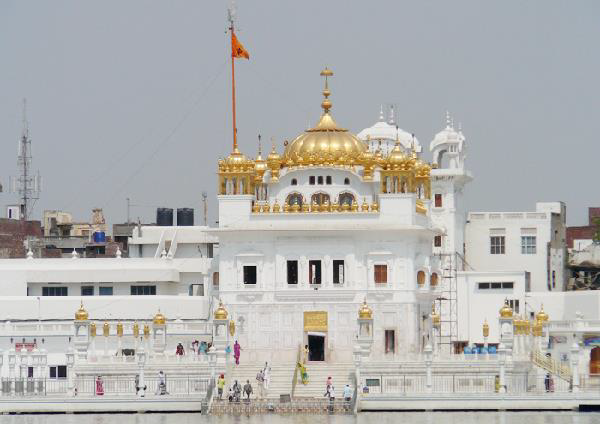 Jama Masjid Khairuddin was built by Mohammad Khairuddin in 1876. The mosque is situated in the Hall Bazar which is considered as a holy place because Tootie-e-Hind Shah Attaullah Bukhari raised his voice against the British. The mosque is very beautiful and one of the popular attractions of Amritsar. 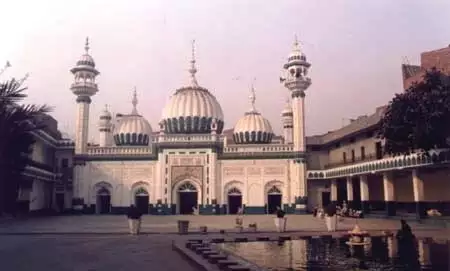