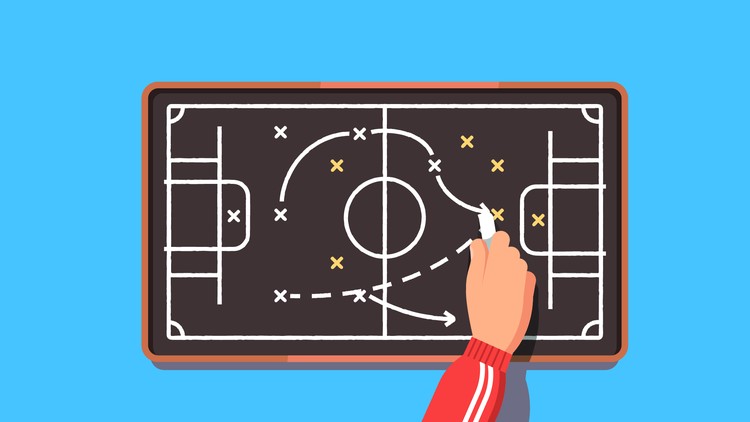 How to Analyze Football (Soccer) - Basics

Football is the only sport that draws maximum crowd compared to any other sport. Two teams dribble, pass, and tackle with the ball to score goals. Boxes are drawn around the goal post to indicate goalkeeper’s area. A line is drawn in the center of football pitch, called half-way line. For every football match, there are four referees on field who check if the equipment and conditions are suitable before the start of play.

Dimensions of the Football Field

Professional football stadiums should be 105m long and 68m wide with an area of just above 7 sq.km. The outline of the field is called touchline. There is a circle in the center of the pitch (the football field) that indicates opponent’s distance from the ball during kick-off. This circle has a radius of 9.15m. There is a center spot in the circle where the ball should be kept at the beginning of a new session or after a goal is scored. The line along the breadth of the field is called goal line. The goal posts are placed in the center of the field and goal line.

The distance between the inner and outer edges of the goal post are 7.4m and 2.4m respectively. The goal post at each end has two boxes from goal line. The smaller one is 5m box and bigger is 18m box. All the free-kicks of attacking team are to be taken from 5m box. The 18m box indicates the area where the goalkeeper is permitted to stop the ball with his hands.

Direct free-kick or penalty kick can be taken from a white mark that is within the 18m box. In early days of football, semi-circles were drawn by goal-line which were later replaced with rectangular boxes. In order to maintain the tradition, a small semi-circle is drawn outside the bigger box.

The corners of the football field have small arcs that indicate where the ball should be placed for a corner kick.