To deploy the contract, select the Contracts menu option as shown in the screenshot below − 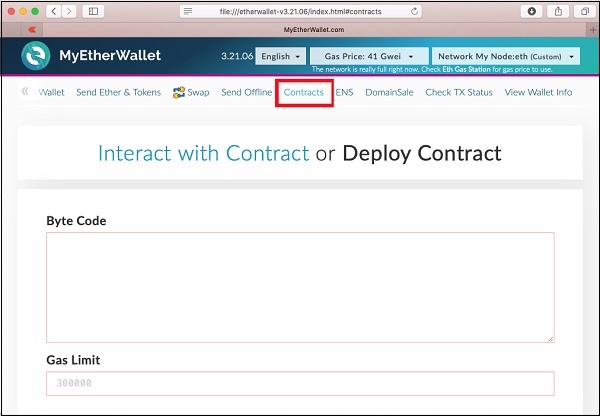 You will need to enter the contract’s bytecode on this screen. Remember, when you compile your Solidity contract code, it generated a bytecode that runs on EVM. You will now need to obtain this bytecode from Remix IDE.

The bytecode for your compiled source is copied to the clipboard along with some other information. Paste the copied code into your favorite text editor. Following is the screenshot of the text editor −

The value of the object tag contains the desired bytecode. Copy this carefully making sure that you do not copy the enclosing quotes. The bytecode is really long, so make sure that you copy right upto the last byte inclusive of it. Now, paste this bytecode in the Deploy Contract screen as shown below − 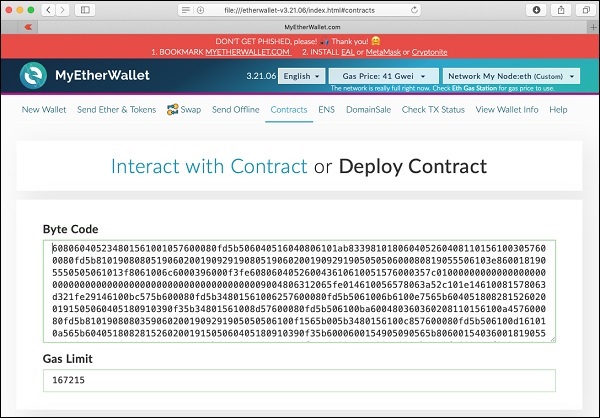 Below the Gas Limit field, you will find the selection for accessing the wallet. 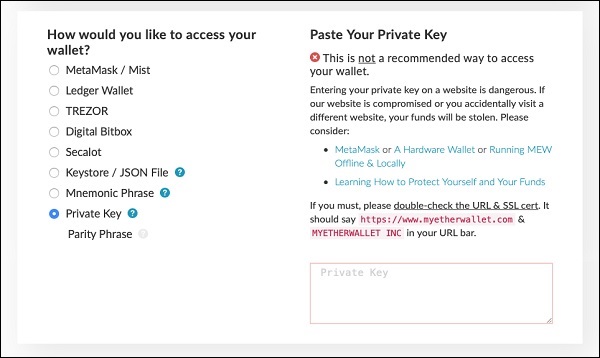 Now, access the wallet using the Private Key of the Ganache account on which this contract will be deployed. To get this private key, go back to the Ganache window. Click on the keys icon of the first account as shown below − 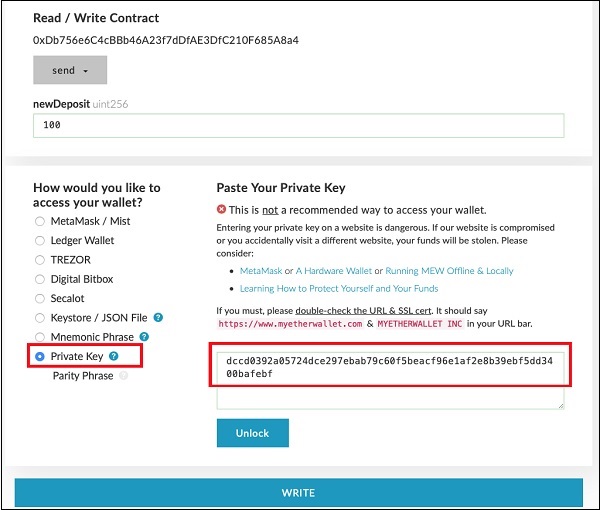 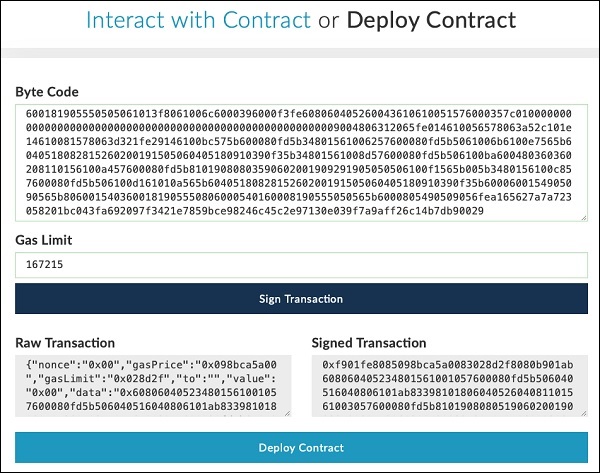 Examine the Ganache console; you will see that the ETH balance in the account # 1 has reduced as seen in the screenshot below −

Now, click on the TRANSACTIONS menu as shown in the screenshot below −

You will see the transaction details.

On this screen, you will find the contract’s published address. The address is marked in the above screenshot. You will distribute this address publicly to let others know that your contract is available at this specified address to which they can connect and execute the contract methods, such as sending money to you - the contract creator. Copy this contract address for your own reference as you are going to need it in the next step.