Erlang is a functional programming language which also has a runtime environment. It was built in such a way that it had integrated support for concurrency, distribution and fault tolerance. Erlang was originally developed to be used in several large telecommunication systems from Ericsson.

The first version of Erlang was developed by Joe Armstrong, Robert Virding and Mike Williams in 1986. It was originally a proprietary language within Ericsson. It was later released as an open source language in year 1998. Erlang, along with OTP, a collection of middleware and libraries in Erlang, are now supported and maintained by the OTP product unit at Ericsson and widely referred to as Erlang/OTP.

Erlang should be used to develop your application, if you have the following requirements − 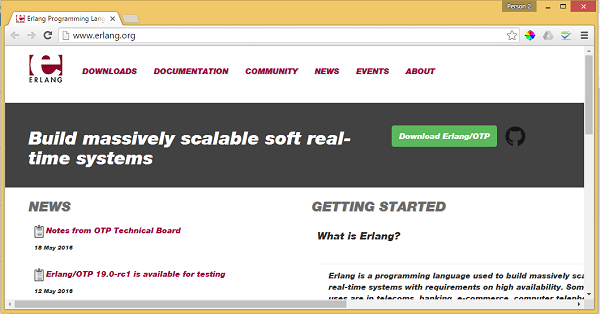