Sometimes, there is a requirement to have multiple if statements embedded inside of each other, as is possible in other programming languages. In Erlang also this is possible.

The following image is a diagram representation of the Nested if statement. 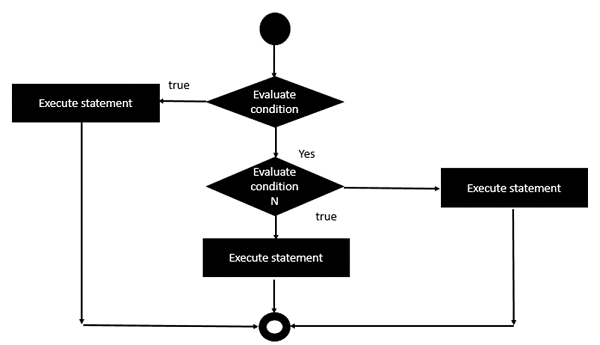 An example of this is shown in the following program −

In the above program the following point should be noted −