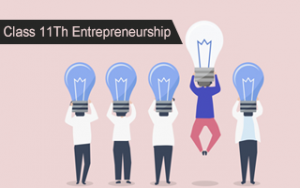 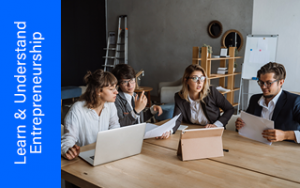 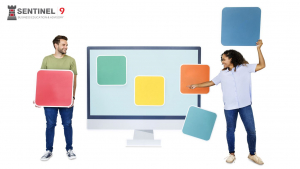 Industrial policy can be defined as a statement stating the role of government in industrial development, the position of public and private sectors in industrialization of the country, the comparative role of large and small industries.

In short, it is a proclamation of objectives to be achieved in the fields of industrial development and the steps to be taken for achieving these objectives. So, the industrial policy formally represents the spheres of activity of the public and private sectors.

It enlists the rules and procedures that will monitor the growth and pattern of industrial activity. The industrial policy is neither fixed nor flexible. It is constructed, modified and further modification is done according to the changing situations, requirements and perspectives of developments.

The major objectives of industrial policy are discussed below.

The industrial policy of the Government of India focuses at increasing the level of industrial development. It explores ways to construct favorable investment environment for the private sector and also for mobilizing resources for the investment in public sector. In this way, the government roots to promote rapid industrial growth in the country.

The industrial policy is crafted to correct the prevailing downgraded industrial structure. Say for example, India had some fairly developed consumer products industries before independence but the capital goods sector was not at all developed, also basic and heavy industries were by and large absent.

Prevention of Concentration of Economic Power

The industrial policy explores to facilitate a borderline of rules, regulations and reservation of spheres of activities for the public and private sectors. This is targeted at minimizing the dominating symptoms and preventing focus of economic power in the hands of a few big industrial houses.

In April 1956, the Indian Parliament adopted Industrial Policy Resolution of 1956 (IPR 1956). It is marked as the first comprehensive documented statement on industrial development of India. It systematizes three different groups of clearly defined industries.

The policy of 1956 regulated to design the basic economic policy for a very long time. The Five-Year Plans of India confirmed this fact. With respect to this Resolution, the establishment of a socialistic pattern of society was seen through the objective of the social and economic policy in India. It ensured more powers to the governmental authorities.

Companies were grouped into categories. These categories were −

Even though there was a category of companies left to the private sector that is those companies that are above Schedule C. The sector was monitored by the state by a system of licenses. So to set up a new company or to widen production, obtaining a license from the government was a prerequisite to be fulfilled. Launching of new companies in economically backward areas was incentivized through easy licensing and subsidization of important inputs, like electricity and water. This step was taken to encounter regional differences that existed in the country. In fact, the license to boost the production was issued by convincing the government that the economy required more of the products and services.

Some other salient behavior of the IPR 1956 was fair and non-biased treatment for the private sector, motivating the village and small-scale companies, eradicating regional differences, and the requirement for the provision of amenities for labor, and attitude to foreign capital. This Industrial Policy of 1956 is also referred to as the Economic Constitution of the country.

Companies which don’t require compulsory licensing are expected to file an Industrial Entrepreneurs' Memorandum (IEM) to the Secretariat for Industrial Assistance (SIA). Industrial approval is not needed for these types of exempted industries. Amendments are also permitted to IEM proposals filed after 1.7.1998.

A crucially reformed locational policy in tune with the liberalized licensing policy is in place. Approval from industries are not required from the Government for locations not within the range of 25 kms of the periphery of cities having a population of more than one million apart for those industries, where industrial licensing is compulsory. Non-polluting enterprises like electronics, computer software and printing can be located within 25 kms of the periphery of cities with more than one million population. Other industries are allowed in such locations only if they are located in an industrial area so designated prior to 25.7.91. Zoning and follow land use regulations as well as environmental legislations.

Reservation of goods that are manufactured exclusively for small scale industries ensures effective measure for protecting this sector. Since 24th December 1999, entrepreneurial undertakings with a maximum investment up to rupees one crore are within the small scale and ancillary sector.

The general policy and provisions for Foreign Direct Investment as available to foreign investors or company are completely applicable for NRIs as well. With addition to this, the government has broadened some concessions mostly for NRIs and overseas corporate bodies having more than 60% stake by the NRIs. These include investment by NRI/OCB in the real estate and housing sectors, domestic airlines sector up to 100%.They are also permitted to invest up to 100% equity on non-repatriation basis in all activities except for a small negative list.

For constructing strong electronics company along with a view to modify export, two schemes viz. Electronic Hardware Technology Park (EHTP) and Software Technology Park (STP) are in function. Under EHTP/STP scheme, the inputs are permitted to be procured free of duties.

Promotion of FDI forms a vital part of India's economic policies. The role of FDI in boosting economic growth is by way of infusion of capital, technology and modern management activities. The Department has put in place a liberal and transparent foreign investment egime where all the practices are opened to foreign investment on automatic route without any limit on the extent of foreign ownership.