There are many classes in drag racing and each class has its own restrictions and its requirements. The restrictions include weight, size, modification, body style and many others.

The National Hot Road Association (NHRA) proudly admits that it has over 200 classes in comparison to the IHRA. Some classes at IHRA have their own multiple sub-classes due to differences in engine components and other features.

Let’s now discuss some of the famous classes.

These are also called the diggers and are the fastest class. Amongst all the faster accelerating machines in the world, these machines can run through the drag strip in less than 3.8 seconds and cross top speeds of over 325mph.

Top Fuel cars are 25-feet long and weigh 2.320 pounds in race-ready trim. Methanol with 90% nitromethane is used as fuel.

Top Fuel Funny Car − Funny car comes with a shorter base of wheel and a body of carbon-fiber that remotely looks like a production-based automobile. Funny cars are also known as floppers and they can routinely run in the 4.0s and can also exceed around 315 mph. 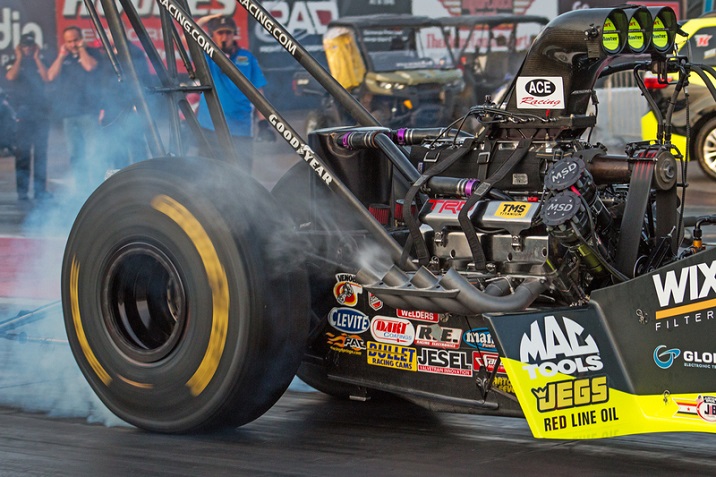 It is popularly known as factory hot rods because of having a resemblance of production-based cars. They have to maintain a stock appearance. These cars are also known as door slammers. The Pro Stockers have the ability tore cord quarter-mile times in 6.4 second range having a speed over 210 mph.

Their wheels can revolve for more than 10,500 rpm and can produce 1,300 horsepower. The NHRA’s engines cannot produce 500-cubic-inch (8.2 L) displacement whereas the IHRA/MMPSA cars have the capacity to run at a maximum of 820 cubic inches (13.4 L). The IHRA/MMPSA cars are also known as Mountain Motors.

They are extremely modified vehicles, having the capacity to catch the speed of more than 195 mph in 6.8 seconds. It also features a purpose-built tube chassis with a lightweight and an aerodynamically improved model of original bodywork.

Pro Modified − It is also known as Pro Mod or Top Doorslammer (T/D). It has some engine restrictions with very high power.

Cars running on blowers limit to 527 cubic inches (8.6 L), whereas cars with nitrous oxide have the potential to run up to 740 cubic inches (12.1 L). This type of class is recognized worldwide, although the names are different in North America and Australia.

It is also known as Top Methanol Dragster in the FIA competition. It resembles Top Fuelers having significant differences. 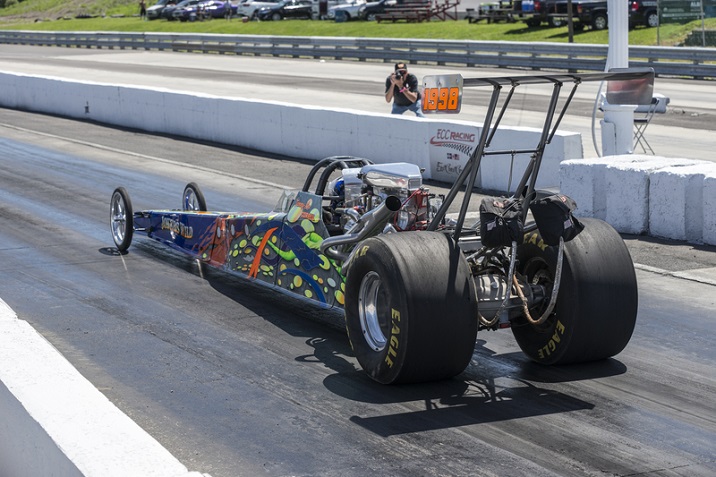 A supercharged methanol-burning engine might be used. A combination of an injected nitro methane can also be used as a fuel. These cars can pick up the speed of 280 mph in 5.1s.

It is also known as Top Methanol Funny Car for FIA competition. Alike in physical appearance as nitro-burning Funny Car counterparts, it has three-speed transmission. The use of methanol fuel in the Top Alcohol Funny Cars is restricted.

Top Methanol Funny Cars can catch speeds up to 265 mph in 5.4s. Alcohol Funny Cars of IHRA has replaced the NHRA’s Pro Stock Bike as it is in the fifth pro category.

The race track for playing the drag race is known as drag strip, where all the drag races are being conducted. For a drag track, a quarter mile is the best length track. It has a length of 1320 feet or 402 m. Some tracks are of 201 m and are known as 8th mile. The races for the premier class category runs for 4.8 meter or 120 feet.

The whole race is performed inside a stadium with a massive amount of sitting arrangements. The race is within a large boundary which covers the whole racing track.