Difference between DevOps and SysOps 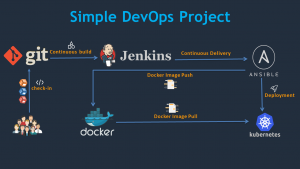 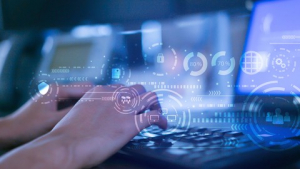 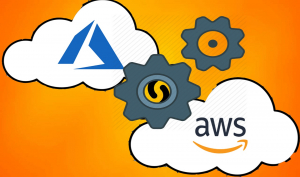 Mastering DevOps with AWS and Azure

The introduction of cloud computing was a significant step in the advancement of technology and carries with it an exciting prospect for the future. The debate between SysOps and DevOps is becoming increasingly prominent as a result of the proliferation of new technologies that are entering the field of cloud computing.

The culture of software development known as DevOps encourages close cooperation between the software development team and the operations team in order to boost both collaboration and productivity. In addition to this, the technique entails the implementation of DevOps concepts and practices, as well as the use of a set of DevOps tools for the testing process.

Communication, end-to-end responsibility, and information sharing are all facilitated by the principles of DevOps. They determine what DevOps is and what its goals are.

In contrast to more conventional methods of software development, DevOps is characterized by an iterative cycle that includes building, testing, delivering, and monitoring software. The primary goal of DevOps is to produce high-quality software in an effective manner.

The adoption of DevOps is becoming increasingly widespread among businesses. There are a lot of benefits that come along with implementing DevOps, such as rapid and simple software integration deployments.

It is impossible to make the shift to this new culture without first gaining knowledge of the core beliefs and ideals that underpin it. It is necessary for both the development team and the operations team to adopt a new mentality, which in turn motivates them to operate together as one cohesive entity.

In an environment that uses DevOps, the engineering process is guided by the foundation, which consists of the following principles −

DevOps software development relies on a defined pipeline the project has to pass through. The number of phases depends on the complexity and type of software the team is producing. The stages of developing, building, testing, and deploying are the most important ones.

In many cases, the stages described above are preceded by the planning stage, and the monitoring stage is typically introduced after the deployment stage.

The abbreviation "SysOps" refers to operations and systems. Along with DevOps, it is the newest subfield of cloud computing technology. Additionally, it might be considered a component of the DevOps process.

When it comes to the management of systems and infrastructures, the SysOps methodology is one of the agile techniques. This word was coined long before the concept of "DevOps" came into existence. In conventional software development, there was a role for SysOps, but it was difficult and time-consuming to maintain the systems and infrastructure when the number of assets increased to hundreds or thousands.

Infrastructure-as-a-code is the latest type of SysOps, which stands for "systems operations as code." It refers to the process of managing infrastructures and systems by automating them on a big scale and in a scalable manner with the assistance of coding and scripting.

The responsibilities of a SysOps professional include the following,

Comparison between DevOps and SysOps

The following table highlights the major differences between DevOps and SysOps −

DevOps ensures everyone is on the same page when it comes to organizational priorities and commercial goals. Working teams must collaborate to achieve a common goal for any software development process to be successful. This ensures that the project runs as smoothly as possible, which leads to greater performance and production. DevOps is a movement that encourages various implementations within the enterprise.

SysOps are system administrators who handle and manage an organization's day-to-day IT operations, such as deploying, monitoring, optimizing, and safeguarding systems.