Difference between Agile and DevOps 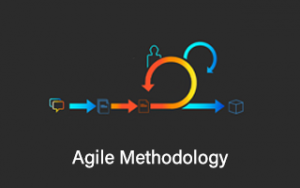 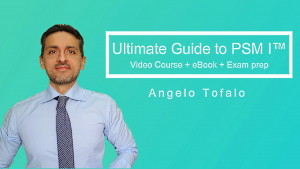 There are three key milestones in the evolution of software development. The waterfall method, which focuses on the time required to release a product, was introduced first. The agile technique followed, which optimised the development life cycle.

DevOps now aims to bring development and operations together as a single team. It boosts productivity, promotes collaboration, and produces better goods.

What Exactly is Agile?

In the SDLC process, Agile Methodology entails continual iteration of development and testing. This style of software development focuses on iterative, incremental, and evolutionary development.

The agile development approach divides the product into smaller components and assembles them for final testing. It can be implemented in a variety of techniques, including scrum, kanban, scrum, XP, and so on.

Agile software development is founded on the following basic values −

Implementing agile frameworks such as Scrum and Kanban is a necessary step in the agile software development process. The first step of each software development life-cycle is to partition the project into individual stories and requirements that can be easily managed. Sprints are used to coordinate the various tasks. A sprint is a period of time, typically consisting of two weeks, during which the team focuses on bringing a particular feature into operational status.

The team's primary focus throughout the sprint is on developing, testing, and releasing software, while making improvements as necessary along the way. They will continue to advance through the project in this manner until all of the sprints have been finished. This methodology enables the release of software on an ongoing basis. Customers, stakeholders, and project managers are all able to follow along and provide input in order to guarantee that the final product is satisfactory.

The culture of software development known as DevOps encourages close cooperation between the software development team and the operations team in order to boost both collaboration and productivity. In addition to this, the technique entails the implementation of DevOps concepts and practices, as well as the use of a set of DevOps tools for the testing process.

Communication, end-to-end responsibility, and information sharing are all facilitated by the principles of DevOps. They determine what DevOps is and what its goals are.

In contrast to more conventional methods of software development, DevOps is characterized by an iterative cycle that includes building, testing, delivering, and monitoring software. The primary goal of DevOps is to produce high-quality software in an effective manner.

The adoption of DevOps is becoming increasingly widespread among businesses. There are a lot of benefits that come along with implementing DevOps, such as rapid and simple software integration deployments.

It is impossible to make the shift to this new culture without first gaining knowledge of the core beliefs and ideals that underpin it. It is necessary for both the development team and the operations team to adopt a new mentality, which in turn motivates them to operate together as one cohesive entity.

In an environment that uses DevOps, the engineering process is guided by the foundation, which consists of the following principles −

DevOps software development relies on a defined pipeline the project has to pass through. The number of phases depends on the complexity and type of software the team is producing. The stages of developing, building, testing, and deploying are the most important ones.

In many cases, the stages described above are preceded by the planning stage, and the monitoring stage is typically introduced after the deployment stage.

Comparison between Agile and DevOps

The following table highlights the major differences between Agile and DevOps −

It makes very little sense to talk about one without the other because ultimately, the objectives of agile and DevOps are the same: to enhance the rate at which software is developed as well as its overall quality.

There are a lot of teams that have discovered that agile approaches help them a lot, but there are also a lot of teams that have struggled to reap the benefits that an agile approach promises. This could be due to a number of factors, including the fact that teams do not completely understand agile practices or do not implement them appropriately.

It is also possible that integrating a DevOps approach will aid firms that struggle with agile to bridge the gaps in their processes and help them achieve the success they had hoped to achieve.