Difference Between Aggregation and Association

In this post, we will understand the differences between aggregation and association.

It can be understood as an organization of people that have a common purpose. It also indicates that they consist of a formal structure. It represents a binary relationship between the two objects that describe some kind of activity.

It is a relationship between multiple objects.

An example would be how consuming healthy food is related not just to a healthy weight, but to good skin, good hair, strength and being active.

Let us see how it can be represented − It tells about a special type of an association that specifies a whole and a part of a relationship. It is a collection, i.e a group of things that are stored together.

Let us see how it can be represented − 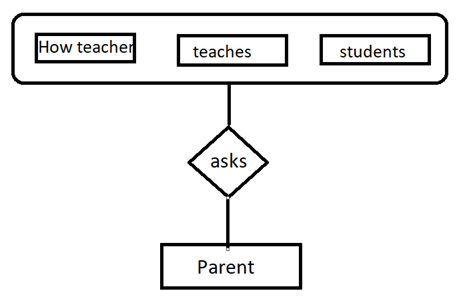