DevOps – A Solution To Quick Releases

Quickly releasing a new product or new features to the market is a challenging task for the organizations worldwide. The toughest job is to bring together all the distinct groups such as Development, Quality Assurance and IT Operations to get the work done in a quickest way to release the product as soon as possible.

It has been seen that processes and practices are kept on evolving to overcoming those challenges. Just a decade ago there is no such term called DevOps exists in our corporate world, but later in 2009, a methodology defined a set of processes to collaborate and communicate the Development, Quality assurance, and IT operations to reduce the time to market the product significantly, which is popularly called as DevOps.

The DevOps methodology is a set of practices designed to overcome the gap between development, QA and Operations by effective communication and collaboration, incorporating continuous integration process with automated deployment. The purpose is to set up an environment to develop, test and release the software product to the market quickly and reliably. 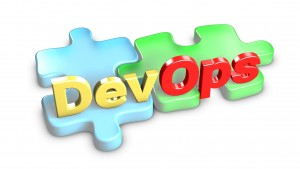 While, the DevOps process has an improved approach to deal with those situations. It emphasizes on communication and collaboration of the development team, QA team and the operations team to perform continuous development, continuous integration, continuous delivery and monitoring the processes continuously by taking the help of various tools, which fills the big gap in between them and expedite the work for a faster release. The faster release to the operations enables the organizations to quickly respond to the changes in the business requirements.

Relationship Between Agile and DevOps

DevOps comes into existence considering one of the important benefits of Agile Software development method which enables the organization to release the product quickly. But further additions of more processes differentiate DevOps from Agile.

Agile principles are only applied to the Development and QA processes, which believes in creating small teams to build and release working software within a short duration, called as sprint. The team only focuses on the sprint and there is no communication with the operations.

While the DevOps more focused on uninterrupted engagement of development, QA and Operations teams throughout the development life cycle. The Operation team should continuously participate with development team while discussing on the project goals, high-level released timelines and other business needs. From the beginning, the operation team should provide the operation related requirements to the development team, and also need to validate them. A continuous monitoring of the project with constant and effective communications allows quick turn around.

What you will get from DevOps?

Let us discuss some of the benefits that we can get from DevOps cultures and processes.

As DevOps is the collaboration of Development, QA and Operations, it is obvious that a single tool cannot be adequate for all the needs. So there are multiple tools required in each stage to perform all the operations successfully.

Let’s have a look on few of those tools can be used in different stages.

There are other such tools which can be used for code merging, version control etc. to effectively apply the DevOps processes.

Though DevOps comes into existence decades ago, but still it is a new term for many of us. So, it is obvious that misconceptions can happen. 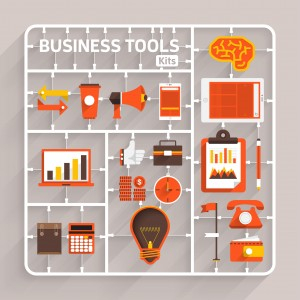 Some people think that implementing DevOps allows the developers to takes away operations job. This is completely not true. DevOps emphasizes on collaborative efforts from both the team, hence the developers having skills on operations as well will get the higher advantage in the fact paced business cycle.

It is also widely believed that DevOps can be practiced by just implementing a set of tools for all the works. That’s not true; just by using some tools we cannot achieve DevOps, but by practicing its process and wisely using the tools can help us to achieve its core values.

The DevOps is becoming popular day by day due to its culture of continuous development, continuous integration, continuous delivery and continuous monitoring processes by collaborating the Development and Operations to reduce the time to market significantly.