Our aim is to design a Turing machine (TM) to reverse a string consisting of a’s and b’s over an alphabet {a,b}.

The transition diagram for Turing Machine (TM) is as follows − 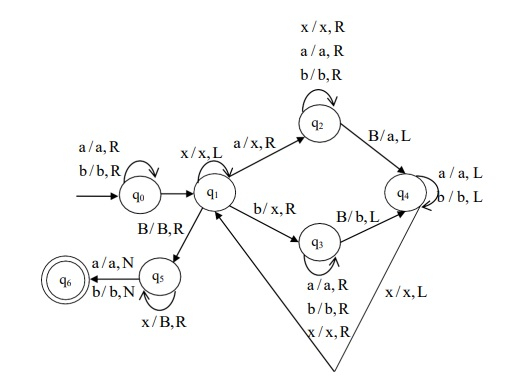 Therefore, the TM is as follows − 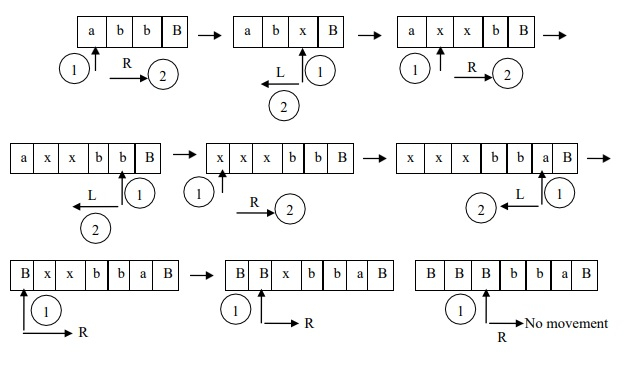