This game needs two players to start with. They start from a predefined score, usually 501 or 301 in maximum case. Then with the score that they earn by throwing the dart, deduce it from the predefined score. In every trial the player will be given 3 chances to throw dart. The person, who is able to reduce the score to zero becomes the winner however; there are some other variants of the game. Let’s have a look at them.

Double In Double Out 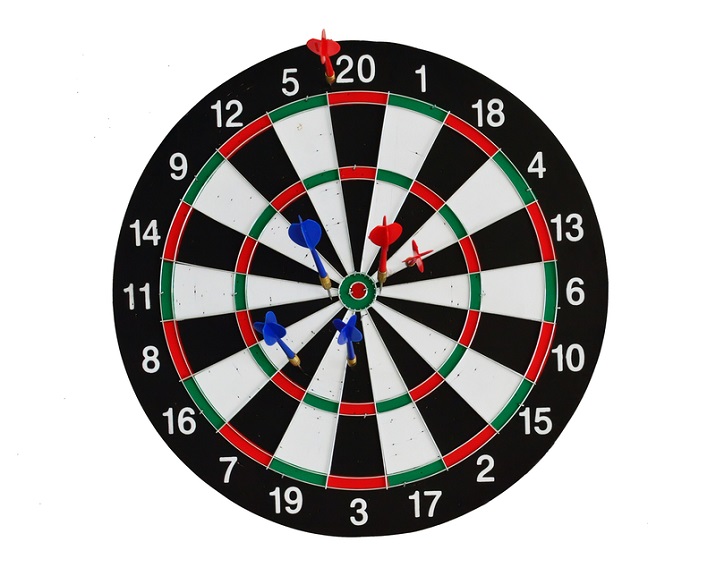 In the professional tournaments, the winning of a leg is decided by the landing of the last dart. It should land in a double or should hit a bull’s eye reducing the score to zero at the same moment. Some people also add the rules like- a player’s score starts getting counted, only after his 1st shot at the double. Until that the hits mean nothing. However; professionals bar themselves from this rule.

Some manipulation of rules is often seen in friendly or armature games. For example, the person who is just behind by 1 point to make it to zero is allowed to hit the dart between the legs of 11. This part is often considered as non-scoring part but here it becomes useful.

This mode of game is often played by the beginners. The aim is to hit all the parts of the board. The dart should hit each section following a clockwise motion. The end shot should be the bull’s eye. It gives a good starting practice for the beginners. 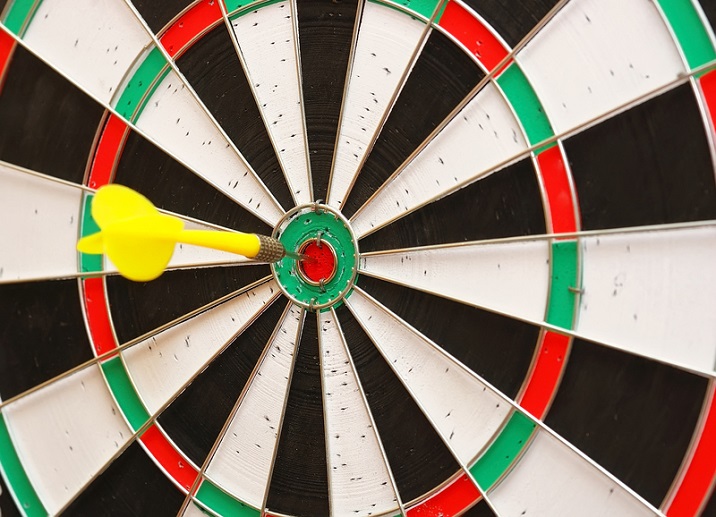 The above picture shows a round the clock hitting format. With a chance of 3, the player has tried to hit the board in clockwise manner, with an attempt to end the game with a bull’s eye.

During the starting of this game the player needs to hit the board with his non-throwing hand. The number his dart hits will be owned by him till the match ends. Now the player needs to increase the lives by hitting his own number as many times as possible till a certain threshold is met.

After the threshold is met they need to hit the other person’s number. This process will continue till one dart is left on the board. The winner will be that person whose dart will be on the board till last.

It involves hitting of singles, doubles, triples of certain number and bull’s eye. The allowed numbers are −

The player needs to hit these numbers. There is no particular order of hitting though. At the end he should have a calculative score where he must have hit all the parameters three times at least. Winner is the person who finishes the above target faster.