Cable television in their early days were called Community Antenna Television (CATV) or sometimes as Community Access Television. It was originally conceived as a method to provide cable TV services to rural areas and hilly terrains.

The subscribers who want to avail the cable TV services need to pay a specified monthly subscription charge as well as an initial establishment charge.

The system comprises of a big sized community antenna, installed on a hilltop that can receive broadcast signals from communication satellites. The signals received are amplified, corrected and strengthened by a device attached to the antenna, popularly referred to as headend. The modified signals are then transmitted by coaxial cables that are laid out in the locality. A drop cable connects the coaxial cables to individual homes and establishments. 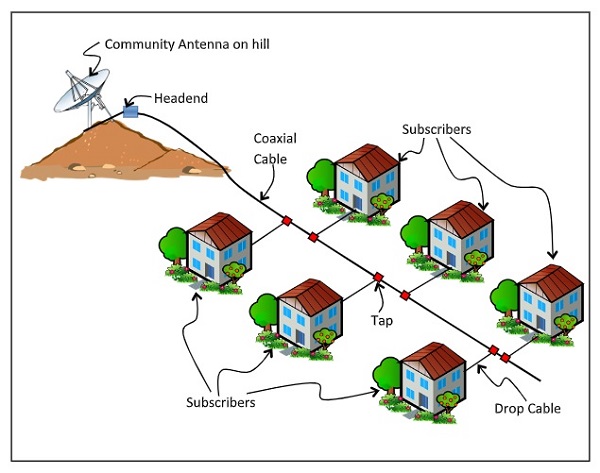