The features of defining cookbook dependencies help in managing cookbook. This feature is used when we want to use the functionality of one cookbook in other cookbooks.

For example, if one wants to compile C code then one needs to make sure that all the dependencies required to compile are installed. In order to do so, there might be separate cookbook which can perform such a function.

When we are using chef-server, we need to know such dependencies in cookbooks which should be decelerated in the cookbooks metadata file. This file is located at the top on the cookbook directory structure. It provides hints to the Chef server which helps in deploying cookbooks on the correct node.

Following is the default content of a metadata file. 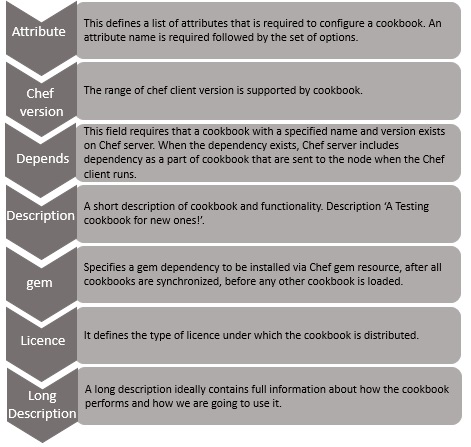